Dr Oz’s show on Women of War included a segment about the great work being done at the United Veterans Beacon House on Long Island.  Doctor Oz said that it breaks his heart that there are nearly 13,000 homeless Women Vets on our streets, but the United Veterans Beacon House offers them housing, food, clothing, job resources and counseling.  Here are the stories of four women that this amazing organization has helped.

Dr Oz’s first Female Vet was Evelyn Nowlyn.  She said that the United Veterans Beacon House has helped her to put structure back into her life.  Each chore has a structure that is similar to 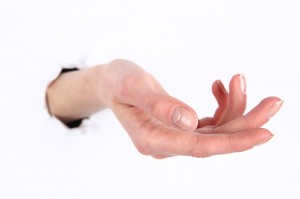 the military.  For example, there is a checklist of exactly what you are to do in order to clean the bathroom, and this sequence helps to give her a state of order, though she said that she has always been meticulous.  Evelyn said that when she was homeless, she did not have a bed to sleep in, a bathroom to clean, or any purpose – she just felt useless.

Doctor Oz’s second Military Woman was Gail Bernette who took him Thrift Store Shopping.  Bernette said that lots of veterans have no money, so they go to thrift stores to shop.  She said that her PTSD or Post-Traumatic Stress Disorder was so bad that her family was scared of her.  To do this day she has nightmares and they do not let her be around firecrackers or war movies.  The scariest thing of all is that she said when she looks in a mirror she does not see herself – she sees nothing.

Dr Oz’s third Women Veteran was Patricia Rene, who used to eat from dumpsters but now works in Shelter Office Duty.  She learned how to send faxes and make copies, and she said that being there gives her a sense of fulfillment.  She never thought that she could help other people, because she felt like she needed help herself.

The final Female Veteran was Michelle Martin who lost her job and her home.  She was a cook in the army, and now she works in the Shelter Dinner Prep department.  Dr Oz asked her why she joined the army and she said she always wanted to see the world and to serve her country.

Dr Oz said that he is making it his personal mission that everyone sees who these Women Veterans are.  These women put their lives on the line to defend us and our country, and they are one of the strongest parts of our society.  We cannot let them fall through the cracks.  If you know any veterans who are struggling, please have them call the Veterans Crisis Line at 1-800-273-TALK.