Dr Oz: What Would You Do?

Dr Oz did a show called What Would You Do, based on a popular TV show hosted by John Quinones that looks into what people do when they think that nobody is watching them.  What if cameras were on you when you least expect it?  Would you do the morally right thing?  What Would You Do is a version of “Candid Camera” with a twist.  John Quinones is on a mission to reveal what people do in real life by having actors play out certain scenarios.

John Quinones said that What Would You Do is the ultimate reality show.  Other TV Shows handpick their characters and everyone knows 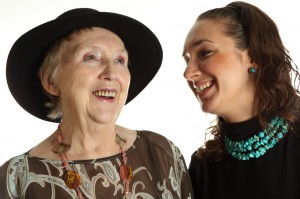 cameras are on and following them.  But on John Quinones’ show, the characters are whoever happen to walk into the diner or park – and they do not know cameras are recording everything.  Everyone always has a hidden desire to be “a fly on the wall”, and this is exactly what his show lets viewers do.  John Quinones said that he finds that the people who respond are usually the ones who can relate.  So if a person is gay and sees gay bashing or if someone was bullied as a kid and witnesses bullying, they are most likely to respond in these situations.  People want to do the right thing, but it is interesting to see what divides those who step in from those who don’t.

Dr Oz put a hidden camera in Edison Diner and placed two actresses at a table.  One actress played the role of a mother, and the other actress was the overweight daughter.  The mother kept harassing the daughter to lose weight and said that she should get Gastric Bypass Surgery because it is a popular way to treat obesity.  The mother even went so far as to tell her daughter that she wants a good looking family, implying that her daughter was unattractive.  She continued by saying that she should not be drinking a milk shake because it is not more important than how she looks.  Eventually, a woman in the diner started crying, so the mother went over to her and apologized for the disruption.  But the upset woman was too frozen to say anything, and the man she was with said that they were just going to leave the restaurant.

Doctor Oz showed another woman named Samantha responding to exact same scenario.  Samantha actually got up and tried to comfort the distressed daughter and eventually confronted the mother as well.  Dr Oz said he loves that this pushed people to think about the fact that there is no quick fix for losing weight and it is totally impossible to convince someone else to lose weight.

John Quinones said that what we did not see were the 70-80% of people who did not step in to say anything.  The number one reason that people stay silent is that they think it is a family issue.  It is a mother and daughter discussing a delicate issue of weight loss.  There were in fact psychologists at the diner, as well as parents with overweight daughters, and none of them stepped in.  John Quinones said that people do not intervene because they are concerned it could turn physical, and they also worry about lawsuits.  Unfortunately, we live in a very litigious society.  In addition, people worry about embarrassing the person or that the daughter will face hell when she goes home later on.

Dr Oz said that if he was in the situation where he saw this happening in a diner, he would take the mom aside in private first and tell her that she is assaulting her daughter’s ego.  Doctor Oz said that he deals with the same issue that the mother – daughter duo were struggling with, but at the end of the day, change has to start with affection if you truly want to change the lives of people you love.

After this segment, Dr Oz did another undercover hidden camera at a bar to see how people would respond to a pregnant lady drinking alcohol.  Click here to see what happened: Dr Oz: Should Pregnant Women Drink Alcohol?.

What would you do in this situation?  Would you have confronted the mother or the daughter first?  Or would you have said nothing at all?  Please leave your thoughts in the comment section below!