Doctor Oz said that being Addicted to Prescription Drugs is not just for celebrities.  Plenty of regular people are in Drug Rehab because of their Drug Addictions.  Dr Oz had a guest visitor named Stacey, a mother of two kids who looks like a typical mom, who has a drug addiction to narcotics. 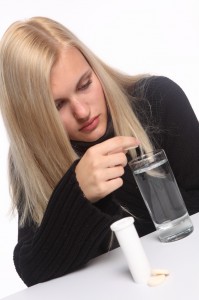 Dr Oz told the story of Stacy’s Drug Addiction – she had very painful Pancreatitis when she was 18 or 19 years old and was put on heavy narcotics in the hospital.  When Stacey left the hospital, she was given more narcotics, and before she knew it, she could not live without them.  In fact, she was on narcotics throughout both of her pregnancies, and so her son and daughter had to be in the Neonatal Intensive Care Unit because they were born addicted to narcotics too.  Whenever Stacy tries to quit her drug addiction, she gets night sweats, chills, tosses and turns and simply cannot do it on her own.  She has not yet tried a Drug Addiction Rehab though.

Brad Lamm (BR-L), author of How to Change Someone You Love: Four Steps to Help You Help Them

, said that the first step for Drug Rehab is action and to decide you want to go to a Drug Addiction Rehab.  Dr Oz agreed that you cannot have apathy or give up caring if you are addicted to drugs.  Stacey said she wants to build a history of success that is longer than her history of failure.  Rebecca Flood, a mom of 6 who has been recovering in Drug Rehab for 30 years is part of New Direction for Women, Inc, said that the greatest challenge for women in a Drug Addiction Rehab program is to heal their relationships, which is why bringing your children into therapy with you is so important.  Dr Oz spoke to Stacey, and she agreed to go in the van waiting outside for her to a Drug Addiction Rehab.