On a previous show, ex-talk show host and author, Montel Williams joined Dr Oz to reveal his shocking health confession and to talk about SafSlim for weight loss. Years ago, he was diagnosed with MS and lived in extreme pain. The pain was so bad, he often times thought of taking his own life. Montel believed that although he didn’t take his own life then, you should have the right to end your life.  What do you think about Montel William’s suicide attempt? 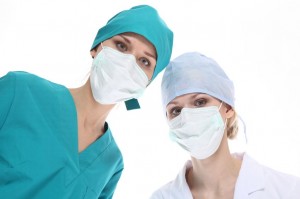 Montel Williams discussed his suicide attempt and the right to end your own life on Dr Oz's Show.

During the height of his fame, Montel was doing 3 talk shows a day, 7 days a week. In 1999, he was diagnosed with MS. It hurt so bad, he would cry for hours. He would be taping the Montel Williams Show and telling jokes, but inside, he was in pain. On those days, it took everything he had to get out of bed. His symptoms went from bad to worse.

The pain kept increasing. He tried everything. He took prescription meds, and at one point, even took 6 pills at once. When that didn’t kill the pain, he contemplated suicide. That was his darkest moment.

Montel had been in the military and had plenty of guns around. He went into his closet with a few guns, to make it look like he was cleaning them. He figured, if he was found dead, it would look like an accident. After thinking about it, he didn’t want his kids to find him, so he nixed that idea. Doctors kept giving him drugs, but nothing worked.

One day, he was walking down a busy street on his way to work and jumped out in front of a cab. He fell to the ground and the cabbie immediately put on the breaks and helped him up. At that point he felt, “How dare I?” For him, he made a conscious decision to “suck it up” and figure it out. For years, he’s been trying to find ways to have a healthy life. But he can’t ask anyone else to do that. When the pain hits a 10, he wanted the option to end it.

Montel Williams: The Right to End Your Life

How do you feel? Leave me a message and let me know.