As Dr Oz continued his conversation with Alec and Hilaria Baldwin, he wanted to hear more about how they both manage parenting. Hilaria explained that they like to keep it in perspective that this is a very short phase in their lives where they have three little babies. They try to soak it up as much as possible by spending a lot of time with their children. But let’s get to the question we all really want to know the answer to: does Alec Baldwin change diapers? 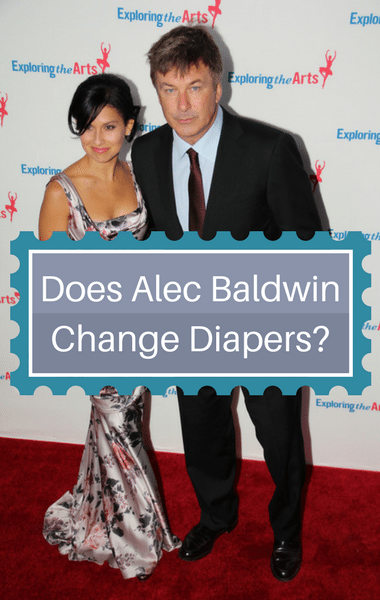 Does Alec Baldwin change diapers? With three kids under three, he certainly has plenty of opportunities to! His wife revealed the answer. (ellasportfolio / Flickr)

When asked, Hilaria immediately responded that no, her husband doesn’t change diapers. But Alec shot back that he has a few times but whenever he does he gets criticized about how he does. Hilaria joked that she will always change a diaper better than Alec, to which Alec joked “our baby looked at me one day and said ‘I like when you change my diaper better, but shh, don’t say anything.'”

Is Alec Baldwin Strict With His Kids?

As for who is more strict with the kids, Hilaria answered that she is. She claims she’s the disciplinarian between her and Alec, which may surprise some people. Alec joked that “parenthood is a competition between two people where the father always wins the bronze medal.” Because the mother always wins the gold and the silver.

Alec stated that as soon as his wife puts on child down, the other one wants to be picked up. Whenever they are home, their children “pull her to pieces.”

But as Dr Oz pointed out, Hilaria can’t always be holding kids because there are some incredible pictures of her doing yoga poses. There was a picture from Hilaria’s book “The Living Clearly Method” in which she’s doing an upside-down yoga pose while also making a green smoothie at the same time. She explained that actually had to take the pictures quickly because she was pregnant with their youngest child at the time.

Dr Oz then shared a similar photo, this time of Alec attempting a yoga pose, but clearly with a lot less grace and flexibility. Alec joked that it was clear from that photo he had his own school of yoga. How much would you enjoy doing yoga with Alec Baldwin?