If you are exhausted, moody, and constantly anxious, there could be a surprising diagnosis: Attention Deficit Hyperactivity Disorder (ADHD). It is not just for kids, according to Doctor Oz, and he said that it’s on the rise in adult women, jumping 250% in the last decade. Learn about adult ADHD triggers and ADHD symptoms. Then get ADHD treatment solutions.

Do you have trouble staying on time, getting organized, and meeting deadlines? ADHD can cause problems in work and relationships. Up to 13 million adults might have this condition. Many cases in adults are undiagnosed and symptoms are different in men vs women.

Dr Sue Varma is an expert on ADHD, and he joined Dr Oz to help debunk the idea that ADHD is a disease that only affects children. She said it’s very difficult to diagnose because it can mimic other symptoms, such as anxiety and depression. Symptoms like trouble focusing could also be written off as personality traits. 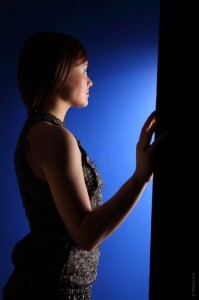 Here are the three major symptoms related to ADHD.

Dr Ned Hallowell, another ADHD expert, explained that the last two symptoms may be absent in many women with ADHD. If you find your mind wandering a lot during the day, that can be a big tell.

According to Dr Varma, you have to look at internal symptoms, which can be more obvious in female patients.

Sue Varma said trouble paying bills on time or running up late fees, as well as anxiety and procrastination, can be common symptoms.

Lack of oxygen at birth can sometimes be a cause. But most often, ADHD is genetic, according to Dr Hallowell. He said that it often doesn’t come up until later in life, when you find yourself in a complex situation.

Dr Oz showed the audience a side by side comparison of a normal brain vs ADHD brain scan. In a typical brain, the brain’s impulsivity sensors light up. But for ADHD patients, other parts of the brain will be dragged in to make up for the lack of impulse control. That can be a major drag on the brain.

The experts talked with Dr Oz about how ADHD patients have trouble stacking the building blocks of normal daily life. If you’re having trouble keeping up with friendships or keeping control of your responsibilities, you could be suffering from ADHD without knowing it.

Women are more likely to keep trying and striving to achieve the right balance. But that doesn’t mean ADHD won’t crop up in a stressful or tense situation at some point in life.

Dr Varma said that a life change, such as a promotion or new job, can trigger adult ADHD in female patients. If you had been struggling to keep up in a previous position, the new responsibilities and added details can be a huge weight to take on.

Dr Hallowell said that motherhood can be another challenging ADHD trigger in some patients, because of the cavalcade of extra responsibilities and chores it can unleash. It could be that the ADHD symptoms are dragging you down without you even realizing it.