Dr Oz was back talking to Alec Baldwin about everything from his new memoir, “Nevertheless,” to Alec Baldwin’s Face Lift (when he turns 60!). But what’s likely getting Alec the most attention of all lately are his impersonations of President Donald Trump. When Alec was first asked to portray Trump, he was already committed to do a film “that then fell apart very quickly.” He was about to head to New Orleans to do the film and said he would gladly come impersonate Trump. 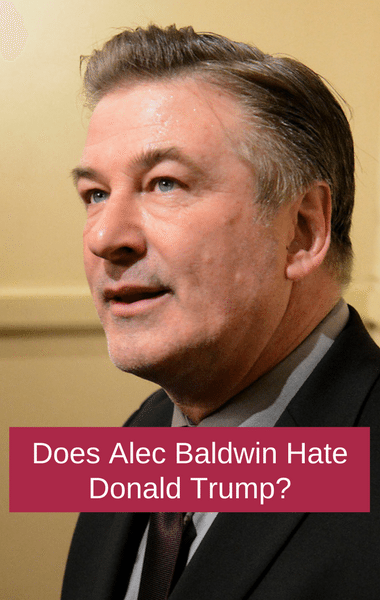 Alec Baldwin spoke with Dr Oz about his Donald Trump impersonations, how he feels about our newest President, and the response he has received since. (unfccc / Flickr)

Alec stated “Even though I have very strong opinions about Trump, very. And none of them are personal. Personal, I couldn’t care less. Because we live in a society where we co-mingle the two recklessly. There’s people who, whatever there personal life is, that’s their business. But in terms of his official position, I have my opinions. But the bottom line is, I don’t hate Trump.”

He added that the show is about making fun of a lot of people. According to Alec, “they used to treat Clinton mercilessly.”

Hilariously, Alec has even mistakenly been portrayed as the President in foreign newspapers. A newspaper in the Dominican Republic showed a picture Alec Baldwin on their cover, saying it was Trump. Alec joked that after it happened, he came up with the idea to go around dressed as Trump in a limo to give people free lunches and pretend to be him wherever he goes to see “how well I score.”

To that tweet, Alec impersonated Trump and said “sad, sad.”

He then asked “what’s he going to do?” and said he believes Trump was a guy who wasn’t really prepared and didn’t think he was really going to win. Even people in New York where Trump lives were shocked. Alec believes that even when Trump won, he didn’t know what he was getting himself into which caused him to be a little defensive. However, Alec said the more Trump says he hates his impersonation, the better it is for him.

Alec also shared that people, wherever he goes people thank him for what he does. He gets the need to laugh, given that we have a lot of global issues. He also pointed out that it would have been hard for anyone, man or woman, regardless of party, to become President because they clearly have their hands full.

“Well now we have this guy who is basically a casino operator who is President of the United States,” Alec said. “So I think people have reason to be a little nervous.”

Alec just turned 59-years-old so what is he going to do when he turns 60? Apparently he told his wife he’s going to have the most amazing facelift. More seriously, he wants to be a good dad and a good husband to provide for them so they can be happy. He joked that his kids have people who tell them they love them all day long. Dr Oz admitted that one of his favorite guests of all time is actually Alec’s wife Hilaria.