Alec Baldwin has won two Emmy’s, three Golden Globes, seven Screen Actor’s Guild Awards, and has been nominated for an Oscar and a Tony award. Perhaps the role of his lifetime, however, is the incredible job he’s been doing portraying President Donald Trump. Alec recently penned a memoir “Nevertheless” about the “highs and lows of both his life and his career.

Alec joined Dr Oz to talk about his ability to overcome pain, stress, and addiction and find true happiness with his beautiful family. 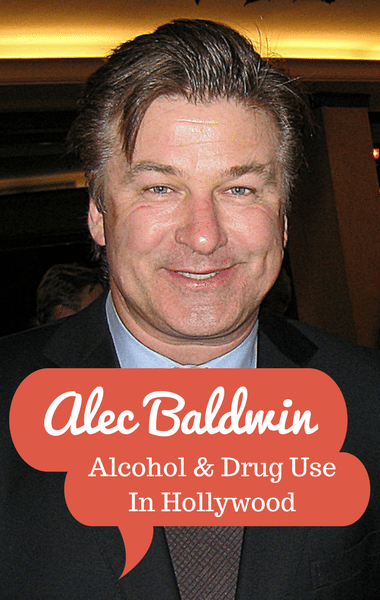 Alec Baldwin joined Dr Oz to discuss his new memoir “Nevertheless” and how drug and alcohol abuse years ago shapes him into the person he is today. (5of7 / Flickr)

Before he sat down, Alec expressed his love for Dr Oz’s daughter Daphne, saying his family often has dinners with her’s. He also joked that he felt the need to jog onto the set given that he was visiting a health show. Dr Oz read “Nevertheless” and pointed out how authentic it seemed to be. Dr Oz thoroughly enjoyed that the memoir was written as a “stream of consciousness” and gave him a view into “what made you tick.”

One topic Alec opens up about in his memoir is addiction, which, as Dr Oz pointed out, affects one in three families in our country. Alec called alcohol “my most excellent friend.” Alec explained that he never really talked about that area of his life publicly. But now he’s talking about it because it explains a lot of things and said that being a sober person makes you think about a lot things the same way.

Alec explained that he was constantly being asked to devote a lot of his attention and energy to work. He even referred to movie stardom as a “drug.” For Alec, his life is now the opposite of that because his life revolves around his wife and his kids. He actually hosts the Match Game in the same building where Dr Oz’s show is filmed. Alec admitted that years ago, hosting a game show wasn’t his goal but it fit perfectly with his life, travel, and kids.

In the book, Alec admitted to using cocaine and having a decision that could have cost him his life. Alec explained that he hasn’t had a drink or drug in 32 years. But back then, drugs and alcohol seemed like “a lubricant” and something that everyone in Hollywood was doing. Before he got to Hollywood, he never drank or did drugs excessively because he didn’t have any money. But when he began doing shows in Los Angeles, he started to make a lot of money and began partying a lot more.

At one point he was at cast party at a hotel for a TV show he was doing. There were two women who told him their husbands were going on a camping trip in the morning so if he went and got more cocaine and showed up at their house at 6 AM, they would have the wildest party he’s ever had in his life. At the time he thought it was awesome, calling himself a “drug addicted maniac.”

He was driving his car back to the hotel when he had a vision of two men realizing they forgot something and planning to go back to the house where he was partying with their wives, to get it. He then explained that drug use and alcoholism “can take you to so many places you never dreamed you would go.” He pointed out that he didn’t go to the house with those women, but it served as a symbol for when you lose control of yourself and begin doing things you never imagined you would do. He referred to his drug and alcohol abuse as a progressive illness in his life for two years.

Alec also looked back at his childhood in his memoir, explaining that his family didn’t have a lot of money when he was growing up. It was a point of tension with his parents and, as Alec put it, “primed me to be obsessed with making a living.”

A big driving force in his life was growing up and seeing how frustrated his parents were. His dad died of cancer when he just 55 and Alec believes the stress of raising six children with not enough money was a problem for him. Alec kept thinking he didn’t want to end up like his dad.

Dr Oz pointed out that most people, as they outlive their parents, begin to think about their own mortality. Dr Oz was curious as to whether it was hard for Alec to turn 55, thinking about his dad. Alec explained that he struggled when he turned 50 and even laid in bed for a couple days staring at the ceiling. When he turned 40 he felt like he finally knew what he was doing. When he reached 55 he found out he was pre-diabetic and now if he eats anything with sugar in it, his entire body swells.

He’s now looking forward to the summer months in which he’ll give up bread and pasta. He admitted that some months he feels great, but others he still struggles a bit. Speaking of struggling, Alec wasn’t afraid to admit that he’s a cryer. As for what makes him cry, it’s usually his kids and his wife and the fact that he actually got what he wanted with his family. He was married before and had a child and when that marriage ended he had a lot of difficulty and even struggled wondering if he would ever get to where he is now. “What I have now is a miracle,” he stated.