There’s a good chance you remember the kidnapping of three young women from Cleveland, or perhaps you remember their release after having been abducted, held captive, and tortured for ten years. Amanda Berry and Gina DeJesus were ready to talk to Dr Oz about what really happened inside 2207 Seymour Avenue, which has since been demolished.

On May 6, 2013 Amanda Berry placed a frantic 911 call from a neighbors house just minutes after daring to break out of the house. Amanda, Gina, and a third girl, Michelle Knight, had been missing since 2003. Their captor was Ariel Castro, a school bus driver who is now known as the Cleveland Kidnapper. Castro was a violent sexual predator who would lure each girl into his car before taking them into his house, which he converted into a makeshift prison. The girls were locked down, boarded up, and trapped by alarms, but it was fear, more than anything that kept them there. Inside the basement is where the girls were chained up, tortured, and deprived of food. 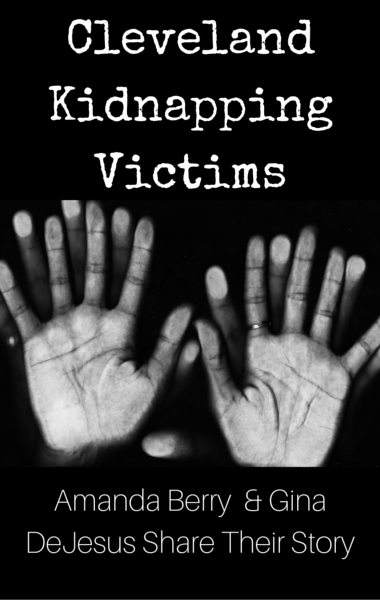 Amanda Berry and Gina DeJesus spoke to Dr Oz about their ten years held captive by Ariel Castro and how they finally managed to escape. (avdoshi / Flickr)

Gina DeJesus was 14-years-old, Amanda Berry 16-years-old, and Michelle Knight 21-years-old when they disappeared. Castro left the girls an old black and white TV and through the years they would catch glimpses of news stories about their disappearances. The girls kept diaries through it all and never lost hope that one day they would be reunited with their loved ones. Now, Gina and Amanda are sharing their diaries and stories in the book “Hope.”

Dr Oz first asked the woman how they managed to hold on for so long, and Amanda said it was her family. In 2004, Amanda wrote in her journal “My chain stretches 5 feet from the radiator to my stomach. 5 feet has become the size of my whole world.”

She acknowledged that their lives were turned entirely upside down, and they even had to wait for Castro to turn the light on for them. When they needed to go to the bathroom, they would have to stretch their legs to reach the toilet and go to the bathroom like that. They rarely got to go outside and when they got sick they would be given medicine and tea, but Castro would stand over them to make sure they took it.

Both women admitted they considered suicide, especially during the first six months, because all they wanted was to go home and they felt like that wasn’t going to happen. “I couldn’t,” Amanda said. “My family means too much to me.”

Tragically, Amanda’s mom passed away while she was being held captive, not knowing if Amanda was alive or not. Amanda struggled with that, always believing that her mom would be the one to welcome her home.

Amanda became pregnant three years into captivity, and the entire time she wasn’t sure what Castro would do about the baby. But Amanda said she could tell from the minute her daughter was born, that Castro loved her. She delivered the baby inside the house, inside a plastic pool. She named the girl Jocelyn, and Amanda explained that having the little girl in the house made Castro a little nicer and also gave them a little more freedom. They had the chains on until about 2009 because Jocelyn was old enough to notice the chains.

Gina agreed that having Jocelyn made everything better, and Amanda shared that Jocelyn is doing “awesome” today. When Jocelyn asks about her father, Amanda knows that she’ll tell her the truth, but she hopes she’s older when she finds out.

As for how Amanda escaped, she explained that Castro would leave the door open upstairs, but put a gate between the hallway and the room. Jocelyn told Amanda that her dad wasn’t there and after a couple minutes she walked around to check for noises but didn’t hear anything. She was able to open the door, but there was a screen door with a lock that needed a key.

She waved her arm around through a hole in the screen, and two neighbors passed until another neighbors, Charles Ramsey, came up on the porch. He tried to open the door and kicked it in slightly, letting Amanda kick it through the rest of the way. She and Jocelyn then escaped.

Ariel Castro was arrested and plead guilty to 937 counts, including kidnapping. On August 1, 2013, he was sentenced to life plus 1,000 years in prison. One month later, on September 3, Castro was found dead after hanging himself in his cell. Before his suicide, he wrote in his diary that he didn’t know if he could take the “neglect” anymore and said because of the way he was being treated, he was being pushed over the edge one day at a time.

Dr Oz was taken aback by the fact that Castro put those three girls through torture for ten years, yet couldn’t even take a month in prison. Amanda said jail is nothing compared to what he put them through. She found it “cowardly” that he wasn’t even able to last a month. Gina believes Castro should’ve gotten the same treatment they got.

Psychologist Dr Robin Smith called the women miracles and said they were examples to everyone that we can live through things that we would never be able to imagine. She said their sense of being innocent in the world was stolen from them, but they should never betray themselves. They were actually able to watch Dr Oz’s show while in captivity, and Amanda would keep notes. She showed Dr Oz those notes, which brought a smile to his face, knowing that he brought positivity into the lives of people who needed it so badly.