Dr Oz: The Myth Of Antidepressants

Dr. Oz said this was one of the most important shows he’ll do all year as he shed light on a controversial topic and revealed the truth about antidepressants. There is new research that shows they do not even work and could be making you feel worse. If you take a medication for depression you cannot afford to miss any of what Dr. Oz had to share!

Dr Oz: The Truth About Antidepressants

Did you know that about one in 10 Americans takes an antidepressant medication? That equates to more than 30 million people and what is most troubling is the fact new research is finding they offer no more benefit than a placebo, with frightening side effects. Dr. Drew Pinsky says he believes the use of antidepressants has gotten out of control because doctors simply do not have enough time with their patients. He says they are quick to pull out a prescription pad because that is the fastest way to help a patient, but it is not at all ideal. 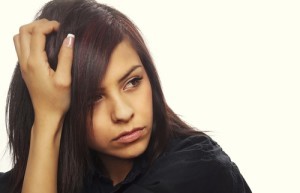 Dr Drew Pinsky believes doctors are over-prescribing antidepressants which might not even work and could lead to more problems for the patient in the future.

Dr. Oz mentioned a requirement that was put into place back in 2004 by the FDA which requires drug manufacturers to place a suicide warning on the bottle of antidepressant medications. Dr. Drew says it is relatively uncommon, but in some groups of people, especially children and adolescents, antidepressants can increase suicidal thinking.

Dr. Drew Pinsky’s biggest concern about antidepressants is that they are being over-prescribed because doctors do not have the time to devote to an appropriate diagnosis and oftentimes patients come in demanding a medication. He says they could actually cause more problems and more depression in the long term and might not even work as well as we thought they did, which is of huge concern to many in the medical community. Dr. Drew says most antidepressant prescriptions are being handed out by primary care providers, internists or gynecologists, but most of them have little or no training in the use and assessment of those substances, which is something that concerns him a great deal. Dr. Oz added the startling result of a recent trial that showed those who were taking antidepressants were twice as likely to have their depression come back as the participants who were taking the placebo.

Dr Oz: Does a Serotonin Imbalance Cause Depression?

Dr. Oz explained that we used to believe depression was caused by a serotonin imbalance in the brain. Doctors would prescribe an antidepressant, which was believed to increase serotonin levels and make a person feel better. He says experts now believe depression is not caused by a serotonin imbalance and if a person takes a medication they could actually cause more problems instead of helping the ones they are currently having. It could lead to serious chemical imbalances in the brain and the rest of body, which can lead to scary thoughts, like a desire to hurt yourself, making it hard to get off the medication.

Dr Oz: What Is the Right Medication For a Patient With Depression?

Dr. Daniel Amen says for the right person antidepressants can be very helpful, but for the wrong person they can have serious consequences. Dr. Amen has clinics all over the country and he has spent over 20 years looking at brain scans of people with depression. He explained how two people with identical depression symptoms could have brains that react very differently to the same medication, which could lead to one of them ending up with suicidal thoughts when they never had them before taking medication. Dr. Amen says this is why it is so important to treat the patient based on their unique needs and brain make-up.

Dr. Oz shared the result of research done by his medical team that found many people who are taking antidepressants have not even been diagnosed with depression. Dr. Drew Pinsky says this goes against everything he was taught in medical school regarding treating patients. He says a doctor should not be prescribing medication as treatment for depression without a proper and thorough diagnosis.