Ashley Graham has undoubtedly one of the most popular bodies and has truly helped redefine the standards of beauty. She began working as a model at age 12 and by 2016 she was the first full-figured model to be on the cover of the Sports Illustrated swimsuit issue in its entire 52-year history. She makes sure to be authentic, even sharing pictures of her cellulite on social media.

But before she became the superstar she is today, she had to overcome many obstacles. For the first time, she wanted to join Dr Oz to open up about her personal struggles with bullying, drugs, alcohol, and her complicated relationship with food. 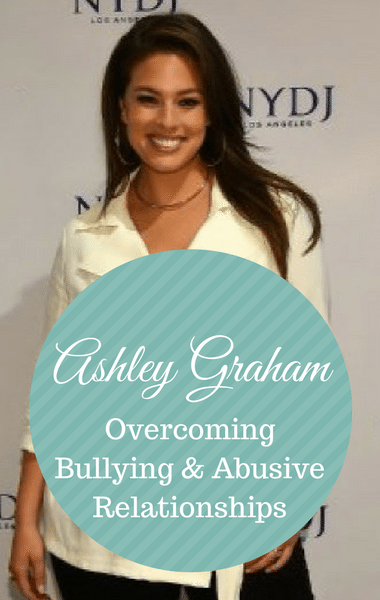 Ashley Graham spoke to Dr Oz about everything she had to go through to become who she is today, including bullying and an abusive relationship. ([email protected] / Flickr)

Ashley recently launched her own lingerie line about which many were using the term “plus size.” Ashley explained that she believes the term “plus size” is one that is “divisive toward women.” She believes women of all shapes, sizes, ethnicities, ages, backgrounds, and religions should be honored as equal. “I don’t think that we need to start placing women in categories because of the number inside of their pants,” she stated.

She added that she was labelled as plus size her whole life and it’s not something that felt good. She knew she was different because of her hip size and she doesn’t want women to think they’re different just because of the number inside their pants.

Ashley laughed when she told Dr Oz when she looks at herself on the cover of Sports Illustrated, she sees herself looking “real sexy.” She pointed out that by putting her on the cover, the magazine was making a statement to the fashion industry that being beautiful doesn’t equate to size.

Ashley decided to write a book and in it, she shared a picture from when she was 12-years-old, looking like a grown woman. Ashley shared that her mom and dad guided her a lot but she still had people telling her she needed to lose weight and be a certain size. When she moved to New York at the age of 17, she had a hard time because she wasn’t eating right and gained a lot of weight that wasn’t right on her body type.

Additionally, she was trying too hard to fit in and found herself partying and hanging out with the wrong guys. She realized then that she needed to grow up, be a woman, and tell herself that she loves herself. She believes words have power and said if you look in the mirror and tell yourself you look cut today, you will start to believe it. The more positive you are with yourself, the better the decisions you’ll make. At that point Ashley made a point to say she was thankful for her mom because she’s been a “solid rock” for her.

When Ashley was growing up in Nebraska, she was told she had “thunder thighs” so she knows what it’s like to experience negativity at the hands of others. She hopes young girls know that while they may not feel confident every day, she wanted to give them tools to know how to break free of insecurity and conquer the day without feeling fat, ugly, or unworthy.

Also in the book, Ashley opened up about her experimentation with drugs like ecstasy and cocaine, as well as an abusive relationship she found herself in. Unfortunately, many women can relate to Ashley. She explained that at that point in her life she felt very lost and confused, because she didn’t feel like she was being abused. Instead, she thought “well this guy loves me.”

Was Ashley Graham Almost Killed By Her Boyfriend?

She admitted that she attached herself to any man who came into her life and told her she was beautiful because she was insecure. But it’s because of that situation that she learned to understand herself and know that her body is power and if she gives up her power, she’s going to give up her life to a man who’s not worthy of it.

She shared that at one point, her ex-boyfriend chased her around the kitchen with a butcher knife and she hid in the bathroom. She didn’t call the police because she was too insecure but she called her mom and her mom “talked him off of a ledge.” She thought at that point “this has to be it, I can’t go back.” But yet she still went back.

It was a best friend that finally said to her “you’re better than this” and encouraged her to “flip the switch.” At that point she made a vow to herself that she wasn’t going to have intercourse with anyone again until she was married. “I went from one extreme to the other, Dr Oz,” she laughed.

Through everything, she learned she didn’t need a man or the media to tell her who she was. She just wanted to be healthy, happy, and herself.