You may best know her as “Big Ang” but Mob Wives star Angela Raiola has been making headlines recently for an entirely different reason. Angela has allowed Dr Oz to follow her journey as the niece of a now-deceased crime family captain, battled throat cancer. Although she spent her life partying, working as a bartender, and starring in reality TV shows, her lifelong smoking habit led to cancer in her left lung as well. After undergoing three surgeries, Angela was pronounced cancer free in October 2015. But by December, the cancer returned to her brain, right lung, and other parts of her body.

Angela’s medical team has been helping her fight cancer with radiation and chemotherapy. Angela promises to stay positive and fight. 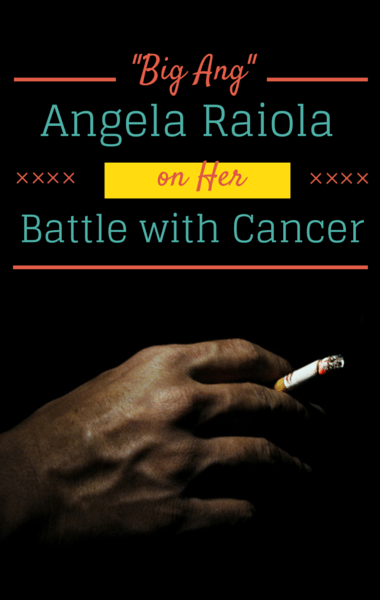