Plastic surgeons Dr Terry Dubrow and Dr Paul Nassif, the stars of Botched, are world-renowned plastic surgeons who are now taking on new and unique cases in Botched by Nature. They’re now helping people who have been born with a disfigurement or experienced a traumatic incident that left them with a desperate need for surgery, without the money or opportunity to fix their deformity.

Dr Dubrow explained that his position is so personal because he’s learning a lot more about the patients that are featured on their show.

Dr Oz first gave viewers insight into the case of a woman named Crystal who was born with brachymetatarsia, a deformity that put her two fourth toes on top of her feet instead of in line with the others. Because she was teased  as a child, she began avoiding any situation that would require her to show her feet. Dr Dubrow and Dr Nassif had to amputate the toe on her left foot completely, but could shift the toe on her left foot into its proper position. Crystal’s surgery was a success and she now has the confidence to wear sandals! 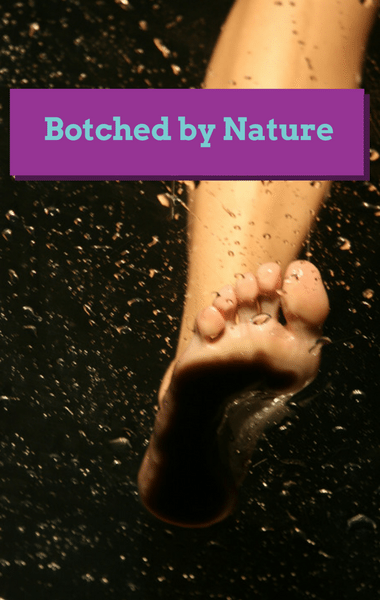 Crystal admitted that she found out what she had by watching Dr Oz, but her first surgery to fix it didn’t work. She had to overcome a lot of fear with Dr Dubrow and Dr Nassif before undergoing the surgery. Dr Nassif revealed that he had a special connection to Crystal’s story, because he actually had the same condition on one foot when he was a child.

Even more shocking was that the doctor who performed her toe amputation, a toe specialist, is one of Dr Oz’s best friends. His former roommate during surgery residence, Dr Scott Forman, joined the show. Dr Forman said he also felt connected to Crystal’s story because of Dr Dubrow and Dr Oz. Dr Forman explained that your toes are necessary for balance, but because Crystal already had the toe on top of her foot, she was used to walking without it, so the amputation wasn’t hard to recover from for her.

One of Dr Dubrow and Dr Nassif’s favorite cases was Rosa’s. Rosa was an Iraq war veteran who survived two tours, only to come home and be struck by lightning. Rosa suffered third-degree burns and was left with lopsided breasts and severe scarring. She has a significant scar on her chest from where part of her bra was actually embedded in her skin. They came up with a plan to restore her chest, giving her the opportunity to feel like herself again.

Rosa joined the show, absolutely glowing, saying she truly feels like herself again and everyone knows it. She was grateful for the opportunity to share her story and “get back to me again.”

Other than plastic surgery, the two doctors have a few tricks up their sleeves for looking your best. They stressed the importance of a good skin care regimen. They like to recommend people start with a regenerative vitamin A cream to rejuvenate the skin. You should use a vitamin A cream with retinol once a day, beginning as early as you can to reap the benefits. They also recommended an exfoliated cleanser to get rid of dead skin cells all over the body.

Dr Dubrow also expressed the importance of keeping your weight steady because large fluctuations in weight can stretch out your skin. Once your skin is stretched out, there’s no going back. Just 5-10 pounds may not be as big of a deal as more than that, because it can affect skin elasticity.