Grammy award-winning singer and actress Brandy has definitely been through a lot in the last few years, but now she’s back! Brandy became a star in 1996 before being hand-picked by Whitney Houston to play the first-ever African-American Cinderella in the Disney remake. She also went to make three top-ten hits on the Billboard Hot 100 list. She seemed to have it all, but failed relationships and loneliness sent Brandy into a year-and-a-half-long battle with depression. Finally, with the support of friends and family, Brandy recovered and went back to acting, joining the cast of The Game, and Broadway’s Chicago. Brandy joined Dr Oz. 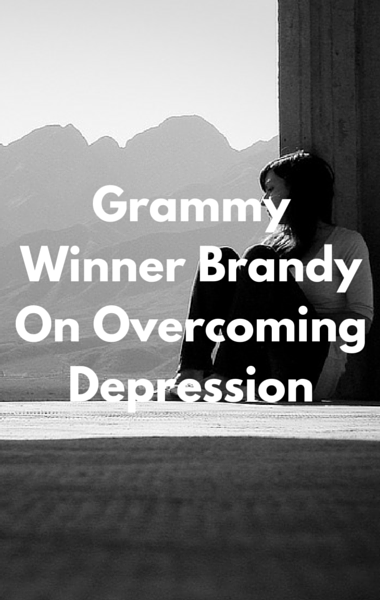 Brandy sat down with Dr Oz to talk about overcoming depression and setting an example for her teenage daughter. (a6u571n / Flickr)

Brandy sat down and said she felt awesome, saying that she was dreaming again. Brandy explained that going through heartbreak took her to a dark place that was really hard for her. She didn’t want to get out of bed and she stopped dreaming. Physically, she was hardly moving, she stopped eating and said she “didn’t have any life” in her. Spiritually, she had no hope and no faith, and stopped praying.

Brandy finally had a conversation with one of her friends about being so tired of feeling so poorly, and her friend told her to do the work. She got out of bed, went to the gym, and started meditating. “Slowly but surely” her life started to change. Brandy has a 13-year-old daughter, and she saw her in such a weak place. Brandy realized that she wasn’t setting a good example, but she was one of the reasons that she had to push through it. She prays every morning, says her affirmations, and then starts her day.

For all those struggling Brandy said “you’re bigger than your circumstance” and to tell yourself that life is great if you push through it.

So what are three things that Brandy cannot live without? First, is Brandy’s daughter, and she really wants her daughter to learn to trust her intuition. Her daughter really doesn’t like being the daughter of someone who’s famous, so that part’s been really hard for her. She wants to be her own person. To stay healthy, they love to play tennis together.