Dr Oz was joined by Oprah, actress Rose Byrn, and author Rebecca Skloot, as he discussed the story of Henrietta Lacks and her family. For those who don’t know, Henrietta Lacks is the woman behind HeLa cells, which are immortal cells that have been used for research in medicine for decades. After a long discussion, Dr Oz came to the point of whether it was ethical to use someone’s cells without their knowledge.

Was The Lacks Family Exposed to Racism? 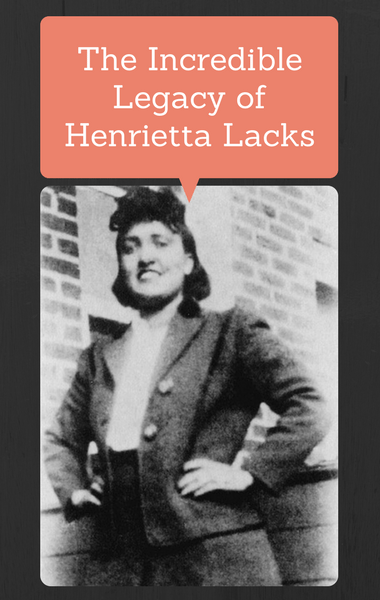 Henrietta Lacks made a huge, forever-lasting impact on medicine, but do you even know how? Dr Oz discussed her incredible contribution. (oregonstateuniversity / Flickr)

Henrietta had cancer cells taken from her cervix back in 1951 to be used for medical research. Back then, there were no rules about informed consent, therefore no laws were broken. There’s a part of the movie that features Henrietta’s husband, who had a fourth grade education like many tobacco farmers in the south at the time. He didn’t know what a cell was and got a phone call saying that part of his wife was alive in a laboratory. He was told scientists had been doing research on his wife in a cell for last the 25 years.

When he heard cell, he thought prison cell, because that’s the only kind of cell he had ever heard of. He was told they wanted to come test his kids and he thought they wanted to see if his kids had the cancer that killed Henrietta. That’s precisely why even Deborah, Henrietta’s daughter, didn’t understand exactly what was going on. She even thought her mother had been duplicated and was actually alive in different forms. But she quickly realized it wasn’t what she thought, which led to many spiritual questions.

Dr Oz had Oprah read the last line she speaks in the movie as well as the last line Deborah says in the book. “Maybe I’ll come back in some HeLa cells like my mother. That way we can do good together out there in the world.”

Oprah said, for her, the most important thing about honoring her memory is that they all did so with integrity and faith in who she was. They wanted to tell the story in a way that Henrietta would have wanted it told. Again, none of them would be on the show at that time if it wasn’t for the hard work of Rebecca Skloot.

There was even one tape where Deborah’s husband stated that Rebecca was like Deborah’s medicine and Deborah said she “was like a balm to her.” For Deborah, Rebecca allowed her to be whole, while Rebecca was seeking through the truth.

Dr Oz learned from Oprah to always ask the extra question and he hopes that Henrietta’s story can inspire us all to do the same.