Dr. Sanjay Gupta is talking to Dr. Oz about how you can live a longer life by making small changes to your lifestyle and the way you eat. He even shared a recipe for a creamy tea that will reduce your risk for Dementia and improve your memory.

Dr. Oz and Dr. Sanjay Gupta are talking about the biggest stories that will impact us all in the coming year. The first is related to a new weight-loss product. It is called Fat-Blocking Soda and Dr. Gupta says that this has been around for a while, but studies have only been done on animals. The premise is that this soda is filled with fiber, which blocks fat and sugar from being absorbed into the body.

Dr. Gupta says that the studies are not turning out like the researchers had hoped. He explains the problem is that people will often consume more of a bad thing because they think they are getting something good from the product. He cannot say whether it is just a hoax or if it really works, but you can bet it will hit the shelves of your local retailer very soon. 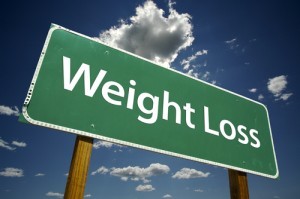 Fat-Blocking Soda is a high fiber soda that promises to block your body’s ability to absorb fat and sugar, but does it really work or is it just a hoax?

One of the biggest causes for concern in recent news has been with concussions and the long-term affects they have on the brain. A sport where this type of injury is common in is football. While Dr. Gupta says he loves football as a sport and the way it brings kids and communities together, he believes that something has to change because the research has seen worries him a great deal.

He notes seeing a study that included a 17 year old brain that showed signs of an older person developing Dementia due the number of times the child’s head has been hit. This is too alarming to ignore, so Dr. Sanjay Gupta truly believes we need to see a change in the way that football is being played in the very near future.

Over the years the quality of football helmets has improved, but it has led to players believing they can use their head as a weapon during a game and take and give hits that could still cause damage to their brain.

Dr. Sanjay Gupta says that much of the damage is caused during practice because players are repeating drills over and over again where their heads are constantly taking hit after hit. Dr. Gupta says that parents have to be proactive and talk to coaches and be aware of what types of hits their child is taking during football practice.

Dr. Oz adds that he has a child who plays football and he recommends that you make sure your football player takes an Omega-3 supplement and if they take a hit to the head that they do not quite remember, it could mean they suffered a mild concussion, so they need to have 2 weeks of non-symptom rest to be certain they are okay.