After sitting down with Jeremy Miller, who starred in Growing Pains as a young child, Dr Oz then welcomed another former child star, Danny Bonaduce. Danny is known for his role in The Partridge Family and as Dr Oz stated, he “became the poster boy for ex-child stars gone bad.”

America quickly fell in love with red-haired, freckle-faced Danny Bonaduce and his role as Danny Patridge in the 70’s sitcom. But the show went off air in 1974 and he went on to struggle with drug abuse and homelessness. He was in and out of the limelight through the years, as a radio DJ, TV host, and reality star. All while getting arrested several times for drug possession and assault.

In 2005, Danny starred in his own reality series, Breaking Bonaduce, that gave the world a glimpse into his life. The show made headlines after a night of drinking and drug abuse led to his wife asking for a divorce and Danny slitting his wrists. The suicide attempt landed him in the psych ward. Danny was humiliated, and as his marriage was falling apart, he finally checked into rehab. 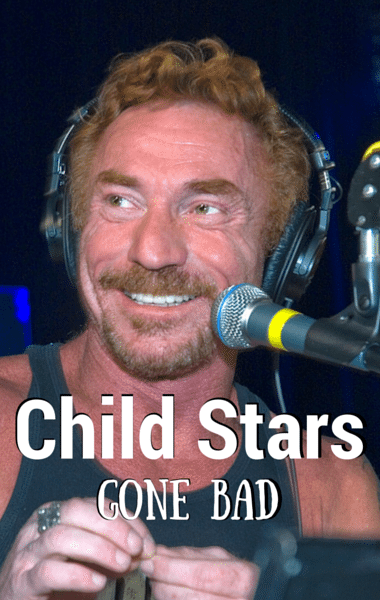 Danny Bonaduce spoke with Dr Oz about how being a famous child star contributed to his years-long struggle with alcohol and drug abuse. (zigzaglens / Flickr)

Dr Oz was then joined by Danny Bonaduce, who was, as always, full of energy. Danny is quoted saying “Being a child star is great. It’s being a former child star that sucks.”

Danny also stated that the problem with child stars today is that they haven’t learned anything from Danny, Todd Bridges, or Dana Plato. He wishes they would realize that the same situations can and will happen to them if they’re not careful. Danny believes that the fame is so overwhelming and unfortunately in some cases, too overwhelming.

Danny Bonaduce is now a morning radio show host in Seattle, after taking 25 years to get sober. Danny went to rehab several times, and said he actually met more famous people in rehab than he did at an awards dinner. He spent $40,000 to stay in that rehab facility for 28 days, and it now costs $100,000 to go there. It was in Malibu, and Danny said he stopped and had a drink at Duke’s Beach Bar on the way home. He then found out that at that time, 20 years ago, even the best rehabs had a 4% success rate.

Danny strongly believes that rehab and Alcoholics Anonymous, although they’re great ideas, don’t work on their own. He wasn’t saying they don’t work, but saying that they aren’t enough by themselves. Danny believes modern medicine is the real answer. He takes a pill called Antabuse, which gives you a “possibly fatal allergy to alcohol.” He admitted he’s taken a couple dips of alcohol with the pill before, and said it was “horrible.”

Dr Oz further explained that Anatabuse prevents your body from metabolizing alcohol correctly, so it stays as toxic material, which has devastating affects on your body.

Danny also uses Naltrexone, which is an implant that stops the cravings for alcohol. Jeremy Miller shared that he even met Danny and spoke to him about their issues, but Jeremy never truly made the connection that he should have, after hearing Danny’s story. As for Danny’s family, his kids not only know he’s an addict, but they’ve seen it because of his show. He claims he’s never seen a bit of Breaking Bonaduce, but he had to talk to his kids about it, saying that he’s warned them about it, and even his 21-year-old daughter doesn’t appear to enjoy alcohol because of her negative experiences with it.