Dr Oz: What Happens To Fat When You Lose Weight

Have you ever wondered where your fat goes when you lose weight? Dr Oz pulled Melanie from the audience to help with a model that would explain the process. He began by comparing the human body to a factory. When you have the right amount of energy from fuel, which is food, you’ll have enough energy to do things. If you don’t use up enough of that energy, the food can be converted into stored fat. But when you burn off that stored fat, your body actually burns it away and it’s then released as you breathe. Believe it or not, your breath is actually getting rid of 84% of the fat. More fat can also come out in your urine and sweat, but most is in your breath. 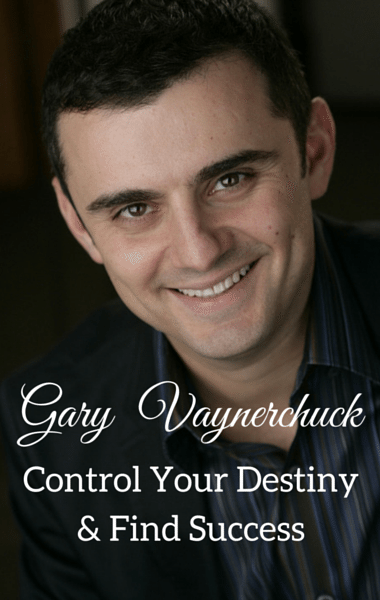 Gary Vaynerchuck, a successful businessman, joined Dr Oz to share his advice for anyone looking to find success in their lives. (ficodoficial / FLickr)

In 2014, Gary Vaynerchuck was named to the Forbes magazine “40 Under 40” list of the most influential leaders in business. Dr Oz claimed that Gary’s story is a real “rags to riches” one, sharing that when Gary was just a child, he immigrated to the United States with his family from Belarus, which was then part of the Soviet Union. In 1997, after graduating college, Gary got started in the family wine business. He grew a $3 million local store into a $60 million national operation, in just five years! His strategy was the internet and the use of social media and e-commerce.

Gary then branched out to find Vayner Media with his brother. The multi-billion dollar social media empire is rapidly expanding, and all along way, Gary learned secrets and strategies that can be useful for everyone. He joined Dr Oz to show people how to take control of their lives to improve their health and maybe even lose weight.

Gary shared that he focused on what he was good at, because he wasn’t the greatest student but he knew he was a salesman. He believes that everyone has the ability to control their own destiny, but it’s fear and not knowing who we are that holds us back.

Gary used his weight as an example, sharing that he actually lost 20 pounds in the last two years. After eight years of trying, he realized that because he was good at building businesses, he should look at his own body as a business. He realized that he needed someone to hold him accountable and keep him on track, and suggested that other people do the same by putting themselves out there. Gary suggested opening yourself up to allow peer pressure to work for you, instead of against you.

Gary actually created a plan that anyone can start right away, to control their destiny. The first step is to turn excuses into solutions. He suggested you figure out what made you fail before and what you can do about it the next time. He claimed that he actually loves losing because it gets him focused in order to win the next time and he also learns from it. According to Gary, too many people are afraid to lose, and need to learn how to turn it into a positive.

Dr Oz was then hoping that Gary could provide some advice for common concerns people have. First, what if you want to switch careers but you’re worried about having enough money to pay the bills? Gary recognized that it comes down to work because obviously there are bills and financial responsibilities that can’t be avoided. But if you’re not taking advantage of every opportunity to put in the work, you’re not doing enough. He pointed out that you have all night to not watch TV and build a business online instead.

If you’re wanting a promotion but don’t want to ask because you were turned down last time, Gary said your excuse isn’t good enough. If you really want something, you have to continue to ask for it and work for it.

Dr Oz: How To Build Self Awareness

Dr Oz and Gary then looked at building self-awareness. First, look at your strengths versus weaknesses. Gary said everyone should stop spending time on what they’re bad at. Second, develop tough skin. Ask people around you what they truly think about you and who you are, and have tough enough skin to hear the negative. Along those same lines, you have to be able to accept feedback. Finally, turn failure into a win by focusing on what you can learn from it.

When Gary was given the opportunity to answer audience questions, he first explained that while you don’t necessarily have to work seven days a week to get where you want, work is still part of the equation at all times. You’ll eventually get what you work for. To avoid procrastination, Gary likes to break up patterns. He uses the people he follows on social media and uses peer pressure to his advantage.

If you’re shy, that doesn’t mean you can’t be successful. Most of the most successful business people are people you’ve never heard of. Focus on your work and do what you have to do, because you don’t have to be super charismatic to be successful.