Jeremy Miller is easily best known for his role as Ben Seaver in Growing Pains. But like the sad tales of so many child stars in Hollywood, he was suffering from pains of his own. Jeremy had his first drink at age 4 and had binged on alcohol by age 12, by his mid twenties Jeremy Miller contemplated suicide.

For Miller, his real-life struggles only began when Growing Pains ended in 1992. He had always had a taste for alcohol, and would run around the house after family get-together’s and finish off whatever beer was left in glasses. When Growing Pains went off the air, Jeremy continued drinking and although he went to college, he dropped out after just one year. That’s when the binge-drinking began and escalated to the point that Miller was regularly blacking out from alcohol consumption. At age 39, Jeremy was so overcome by self-loathing that he was ont e brink of ending his life. 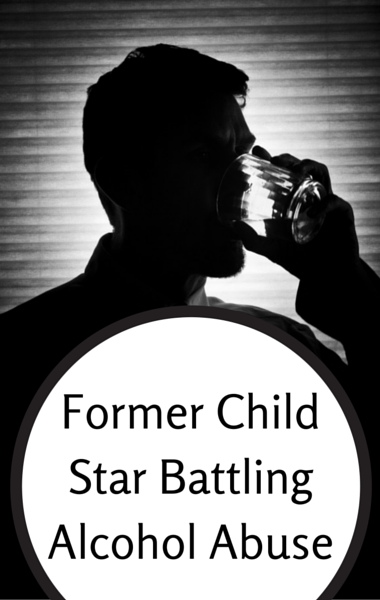 Jeremy Miller, who starred for seven years on “Growing Pains” more than two decades ago, opened up to Dr Oz about his years-long struggle with alcohol addiction. (carbonnyc / Flickr)

Jeremy then sat down with Dr Oz and explained that he had no horror stories when it came to his time on Growing Pains because it was an amazing set with a great cast and crew. For seven years, they were basically a family. Dr Oz wondered how many of the issues Jeremy believed were the result of being such a young Hollywood star.

Jeremy responded by saying he didn’t believe that being a child actor played that big of a role in his alcoholism. He acknowledged that the acting provided opportunities, so it may be connected that way, but his “demons” had more to do with family issues and his personal life, as well as social anxiety disorder, not his career.

Jeremy went to USC to study drama and had a great time, but said the faculty treated him very differently, which he didn’t expect. Soon after that he broke his ankle at a charity tennis tournament and then later got sick with pneumonia and mono, and withdrew from all his classes, but still lived in the dorm.

While in college, Jeremy mostly just drank beer, explaining that because of that, “it didn’t get out of control very much.” He added that he was more attracted to pot during his college days. It was when he was 24 or 25 that he began experiencing alcohol addiction. Around that same time, he went to Montreal to do the first Growing Pains reunion movie. He explained that because there’s a very European-sort of culture there, “people kind-of looked at you weird if you didn’t order a drink with lunch.”

He saw that as permission to drink beer with lunch, which became a regular thing. By 26 or 27 he realized that he had to have a drink beginning first thing in the morning. The one good thing is that Jeremy met his fiance Joanie, but within three years of them being together, he hit rock bottom. He had become an unpleasant drunk, although he was never violent. He was verbally abusive and the blackouts occurred pretty much every day. When he was 31 or 32, he woke up to Joanie sitting on the edge of the bed angry again, and once again had to ask her “what did I do this time?”

He realized at that point that she could have said absolutely anything to him at that moment and he wouldn’t have known any different.

Jeremy explained that neither of his parents drank, but his aunts, uncles, and grandparents were functional alcoholics. That’s where he got the idea that as long as he handled his responsibilities, the rest of it didn’t matter. At one point he was almost proud of being an alcoholic. He had friends that would pull him aside expressing concern, and he would respond with comments that made it clear he knew he had a problem, but didn’t care.

After hitting rock bottom, Jeremy explained that he first wanted to be clear that he doesn’t put any treatment down, because no one treatment works for everybody. He tried inpatient and outpatient rehab, hydrotherapy, hypnosis, meditation, acupuncture, herbal therapy, and none of them worked for him. His mom came across a program about an implant that started in Australia. His first reaction was “B.S.” But when he talked to them, he learned that it wasn’t a magic pill, but it was a tool that goes along with counseling, after-support, and other ways to deal with the mental and physical aspects of alcoholism.

It’s called Naltrexone, and Jeremy had the implant in his belly. Dr Oz explained that it’s a drug that blocks opioid receptors and while it was technically made for narcotics, it works for alcoholism. It required surgery, and Dr George N. Fallieras explained that the reason most people can’t get sober is because of constant, overwhelming cravings. Naltrexone effectively helps people focus on their recovery without the constant intrusive cravings. A small pellet is implanted in the body and dissolves over six months.

Jeremy shared that he won’t experience another craving for alcohol unless he takes a drink, but of course he still has the occasional thought. For those thoughts, he has a bag of tools to help get him through to prevent him from going down that dark road again. He’s now been in recovery for four years and is a patient advocate.