Jenny McCarthy is well known as an entertainer, author, and more recently a single mom, but now she’s back and speaking out about how faith has influenced her life. She shot to fame in the 1990s as the “blonde bombshell” next door. Do you remember when she was an MTV game show host in Singled Out? She’s also worked as a model, posed for Playboy, starred in her own sitcom, and written eight bestsellers.

She is also an autism activist. Her son Evan was diagnosed with the condition. Onetime boyfriend Jim Carrey supported her efforts, but Jenny still makes sure to have a good time. Her latest book is called Bad Habits, and she visited Dr Oz to come clean about her dirty secrets (after seven books, how many can she have left?). 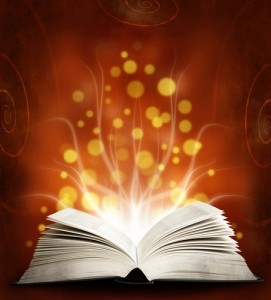 Dr Oz said he loved reading Jenny’s new book and was glad for an excuse to invite her on the show. With a cover Dr Oz called “provocative” and the subtitle “Confessions of a Recovering Catholic,” did Jenny know she was going to start a controversy?

Jenny McCarthy said the cover is meant to be humorous, but she is very candid in the book, and Dr Oz wondered why she felt that now was the time to put her story out there. “Why ever?” she countered. “To me, faith was a huge part of my life and made me who I am.”

She said she feels her journey was “funny, traumatic…and inspirational.” Jenny defines faith as a belief in a higher power. Do you agree with her boilerplate definition?

Jenny admits in the book that she was still wetting the bed at age 10, while sharing a bed with her sister. She and her three sisters slept together to protect each other from Satan. “It was so traumatic for a young girl to be raised believing that The Exorcist is a true story,” she said, thinking that’s what caused her to wet the bed.

Eventually, her mom threatened to put diapers on them. So they hatched a plan to wash the sheets, but they had to go to the basement and wash their sheets; down there, they were even more afraid of Satan.

Jenny McCarthy: How To Quit Smoking

She went to church twice a week growing up, but Jenny admits she picked up a lot of bad habits along the way. Her father was a smoker, and she started doing it in eighth grade. It would last for over a decade, but now she’s happy to have given it up.

Jenny said she used mind over matter to quit smoking. She knew the worst would be over after three days. Now, she doesn’t miss it or even feel tempted. She does still chew her nails, so I guess we all have some bad habits.

She has also used drugs such as mushrooms, Ecstasy and Vicodin in her past. She tore several ligaments in her back and was confined to her bed for months, during which time she was taking heavy doses of Vicodin.

But Jenny claims she was never addicted. The detox was still awful, she told Dr Oz, who noted how easy it is to adapt to our bad habits.

When her son was diagnosed with Autism, Jenny prayed to God to heal her son. She promised to teach others what she learned, and now she is trying to fulfill that commitment.

Jenny praised the community of families touched by Autism, and she is glad to be a part of the community. She wants parents to “have faith” and keep hoping that things will turn around.

She admits she called the Mormon Tabernacle as a long shot to get a blessing for her son. “I have faith in people who have faith,” she said. Mormons came to her house and blessed her son, so maybe it does work. Have you ever used faith to get you through a difficult life situation?