Dr Oz was back with Jill Kargman from Bravo’s Odd Mom Out. Jill is actually Drew Barrymore’s ex-sister-in-law. While that “ex” part may drive some family members apart, that wasn’t the case with Jill. Despite Drew’s divorce from her husband, Drew still very close with Jill’s family, especially because of the kids. Jill believes once you’re family, you’re always family.

On a different note, Dr Oz wanted to hear more about Jill’s anti-rules. Jill explained that sometimes your regimen is to not have a regimen, which is the case for her. She describes herself as flexible and said one of her things is embracing insomnia, which truly fascinated Dr Oz.

Because she claims she has to pee every night at 3:14 AM, Jill found ways to help ease her mind into sleep, despite laying there for a while before she actually falls asleep. One of the things she makes a point to do is think of random thoughts instead of very specific, thought-provoking things. For example, instead of politics she may think about “why does stuff taste better on thin, long spoons?” or “thumb-wrestling kind of just went away.”

Dr Oz: Do You Hate Cilantro? Why Some People Dislike Cilantro 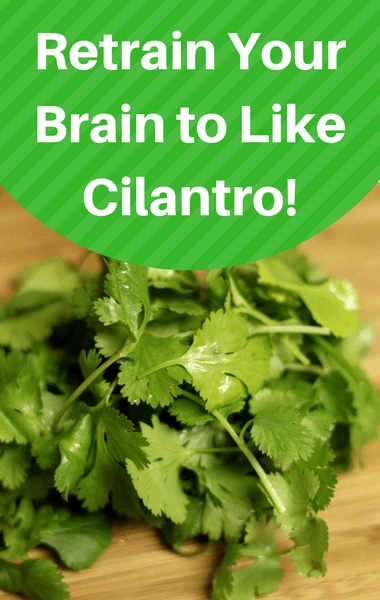 Jill Kargman swore she hated cilantro until she tried one technique suggested by Dr Oz. You can do the same thing to retrain your own brain! (notahipster / Flickr)

She also has anti-rules about food, including that you should never eat something you don’t like. Jill explained that whatever the trend is, she doesn’t partake in it if she doesn’t like it. She admitted she doesn’t like kale. Dr Oz explained that there are some people who dislike certain tastes. He had her smell cilantro and she admitted that she hates it. Dr Oz explained that the reason she likely hates cilantro is because of her brain. Dr Oz showed her a real human brain and the fibers that process smells. If you don’t like cilantro, it could actually be genetic.

Fortunately, you can retrain your brain to make it taste different. Approximately one in seven people dislike cilantro and there’s actually a way to trick your brain into liking it. All you have to do is mash it. It will get rid of the soapiness and convert the enzymes. Jill tried it on a deviled egg and admitted it tasted much better!

Jill is the author of “Sprinkle Glitter on My Grave.”