Jillian Michaels’ claim to fame was her role as a super tough trainer on The Biggest Loser. But now, the fitness guru is revealing her softer side in her new reality series Just Jillian. In the show, viewers get to see what goes on behind the scenes with Jillian, her two kids, the longtime love of her life, and her growing business. She was overjoyed to join Dr Oz, showing how remarkably fit she truly is. What many people don’t know, is that Jillian was actually overweight when she was a kid.

Jillian was really having a hard time at that age, and often turned to food. Her parents were going through a divorve and she and her dad bonded over food. Jillian calls herself a “recovering fat girl” explaining that she looks at obesity as an addiction. She would use food in the same way that an alcoholic would use alcohol, which is why she says she’s recovering. 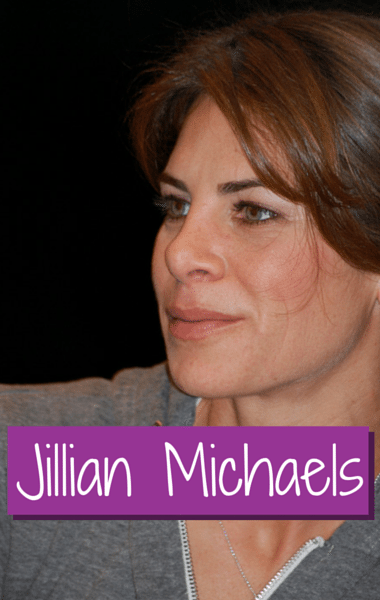 Jillian Michaels joined Dr Oz to talk about once being the fat girl and how she hopes to raise her own daughters. Plus, the incredible transformation that left her speechless. ([email protected] / Flickr)

Jillian then explained that Biggest Loser is “a life or death intervention that is existing on a ticking clock.” She sees her own daughter struggling with a lot of emotional issues with food such as eating too fast or not recognizing that she’s full. But she said telling her to slow down or asking if she really wants to eat what she’s eating, are the worst things that she could do. Dr Oz jokingly wondered why she doesn’t have a third child if she’s so good with the two she has, and she shared that her partner Heidi and her are currently having that debate amongst themselves.

She has told Heidi that if they can get their two kids into school full-time, they might consider adopting an older child from foster care. But she made it clear it was a big maybe!

Dr Oz then surprised Jillian with the story of a woman named Tina who is a huge fan of Jillian, and embarked on her weight loss story. Tina shared that she was always known as the chubby girl, but it was after the birth of her daughter that she really packed on the pounds. She blamed herself for her daughter having been born with a genetic brain defect and ate to numb the pain, turning to fast food every day. She reached 540 pounds and absolutely hated her life, until she realized she needed to make a change so that she could be around for her children.

She got rid of the junk food, started eating healthier, and began exercising. She also learned to stop using food as a way to cope with her emotions, and along the way became a huge fan of Jillian Michaels. Jillian and Tina had not yet met Tina, and shared a picture of her before, and then welcomed her to come out to show her incredible transformation. Tina looked absolutely amazing!

Tina was honored to meet Jillian, sharing that she goes to her Biggest Loser events and hopes to be able to inspire others. Tina failed many times along the way, but she learned every time what not to do, and kept moving forward. Jillian explained that rock bottom is the moment that someone wakes up and finally feels the emotional and physical pain they’ve been living with. It’s at that point that she wants the person to turn to support to begin their journey.

For anyone feeling how Tina used to, she suggested they “live now” and get off the couch whether they had 5 pounds to lose or 700 pounds to lose. She said if you can’t accept yourself as you are now, you’ll never be able to move forward.

Dr Oz: Tips To Succeed On Your Weight Loss Journey

If you’re ready for a change but don’t know where to start, Jillian and Tina had their own tips to get your going. First, Jillian suggested you “establish your why” which means figuring out where your motivation is coming from. To quiet that voice in your head that tells you, you can’t, think about everything that keeps you motivated.

Tina thn explained that there’s no miracle weight loss pill, but your hands work as your own food map. You should eat two handfulls worth of greens, one fist worth of carbs, one palm-size worth of protein, and one thumb tip-size worth of healthy fats. Your hand is a perfect example of much you need to eat to fuel your body. Tina also suggested never opening the menu at a restaurant, and instead, customize your meals. Don’t be afraid to talk to the waiter!