Kelly Osbourne recently opened up for the first time about an illness she struggled with for ten years. She explained to Dr. Oz that because of her past with drug and alcohol abuse, her friends and family didn’t take her seriously and even called it her “traveling pain.” But then one day she had a seizure while filming Fashion Police. She had a three-minute grand mal seizer and was eventually diagnosed with Epilepsy. She was put on brain tranquilizers which had a side effect, so they put her on another medication to care of that side effect, which had another side effect, so the medications kept piling on. But wait until you read on the next page about how she found out that she had Lyme Disease!  Plus, the unexpected cure Kelly Osbourne found in Frankfurt, Germany… 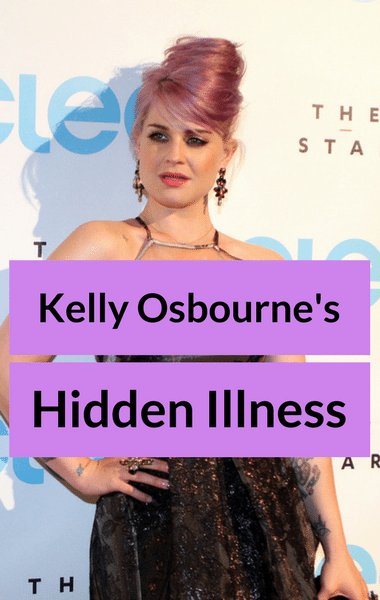 Kelly Osbourne opened up about the illness she lived with for ten years until it was finally properly diagnosed and treated. (evarinaldiphotography / Flickr)

Finally one day she realized she couldn’t do it anymore. When her mom saw all the pills she was on, she helped her find a doctor that could help her. But before that, Kelly did a bunch of her own research online which she says is one of the worst things you can do, but came across Lyme disease. She asked to be tested and was turned down.

Kelly explained that what a lot of people don’t know is that there’s one bacteria that always shows up when you have Lyme disease but there’s a possibility of there being many more. Kelly had three bacteria that were contributing to her Lyme disease. She also explained that Lyme disease is a tricky disease because it can hide in your fat cells and your joints. She would also have moments where it seemed like her brain would stop working and she was continually in pain.

It wasn’t until she went to Frankfurt, Germany that she was cured. She did stem cell therapy and her body cured itself. That’s exactly why she wants to talk about what she went through. She hopes that the treatment she received would become more available, because of how many people it can help. Kelly is no longer on any medications after the treatment, except for birth control pills. But she’s on those for a different reason.

Kelly explained that meeting other people who were suffering like she was, helped her to learn how common the condition is, which is why she was even more inspired to open up about her story and educate others.

Dr Oz then wanted to shift gears to talk about Sharon Osbourne’s colon cancer. Sharon decided to undergo testing to see if she had the breast cancer gene and Kelly got tested as well. Both of them have the gene, and Kelly is glad she did. She joked that she can beat cancer to the punch and is excited about her new breasts!

Before the end of the segment, Kelly showed the audience her tattoo that says “stories” on the side of her head, explaining that she’s realized how important it is to share her stories and her experiences.