Real Housewives of Atlanta star Kenya Moore is a former beauty queen who has turned into what some people call a reality show “mean girl.” Kenya Moore first got the attention of millions when she was crowned Miss USA in 1993. Kenya is no known for speaking her mind on the Bravo show, no matter who hears it. Kenya joined Dr Oz to talk about all the drama that happens behind-the-scenes and how she manages to stay strong when faced with obstacles.

Dr Oz wondered which Kenya was the “real” Kenya: the pageant queen or the reality star? Kenya answered that she thinks she’s real 100% of the time. She explained that on reality TV, she’s constantly put in controversial situations. Dr Oz said he loved that she was assertive, but said there’s a line between being assertive and being a bully, and wondered where she drew the line. Kenya responded by saying that she believes bullying is when you intentionally harass or intimidate someone to hurt them. She claims she can stand up for herself without hurting anyone in the process. 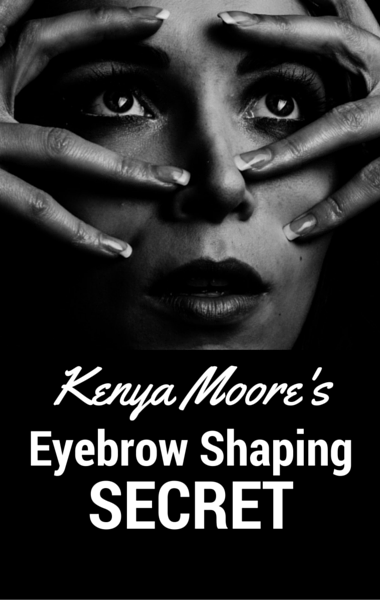 Dr Oz spoke with Real Housewife Kenya Moore about everything from her troubled childhood to how she gets perfect-looking eyebrows. (c-u-b / Flickr)

Dr Oz then asked Kenya about her rocky childhood. Kenya explained that she was born to teenage parents who were 15- and 16-years-old in the 70’s, when it wasn’t acceptable for a child to be born out of wedlock. Her mother wanted to give her up for adoption but her grandmother, her dad’s mom, begged her mom to let her raise Kenya. At 3-days-old, she was given to her grandmother, but she was never allowed to even know her mom’s family.

Years later, she would be put in a situation where she was in the same room as her mom, but her mom purposefully pretended as if she wasn’t even there. The only time she ever spoke to her mom was at her mom’s father’s funeral several years ago, and all her mom said to her was “hello.”

For a woman feeling similarly abandoned, Kenya suggested they start with forgiveness both with others and themselves.

As for whether Kenya wants to be a mom herself, she answered “absolutely” and said she was working on it. She was absolutely glowing while talking about going through in vitro in hopes of becoming a mother in just a few months.

Dr Oz also asked Kenya about her recent breast cancer scare. Kenya’s results were revealed on TV, and she shared that she actually went into the meeting with her doctor, strongly believing she really had cancer. She was really hoping that she would inspire other women to go through cancer screening bravely. She was proud to to be entirely cancer-free!

Dr Oz then gave Kenya a chance to reveal some of her best beauty secrets to looking flawless at any age. She first claimed that an eyebrow arch is the key to a natural face lift. She explained that droopy or even straight eyebrows can make your eyes look droopy and age your face. Arching the eyebrow, Kenya claims, can help you look 5-10 year younger. She used an eyebrow template that can be found at a drugstore to help shape perfect-looking eyebrows.

Kenya also suggested wearing a belt to dinner. A belt tightened tight helps to keep her from overeating because of the tension.