Dr Jennifer Arnold and her husband Bill Klein are the stars of TLC’s The Little Couple. Together, they invited cameras to document the ups and downs of their lives. Viewers got to watch as Jennifer and Bill adopted their two kids from China and India, and suffered the anguish of two miscarriages with a surrogate. Together, they wanted to speak with Dr Oz about how they managed to get through painful surgeries for their different forms of skeletal dysplasia. Not only that, but also how Jennifer battled cancer and Bill underwent a risky back surgery, only to come out stronger and write a book “Think Big.” 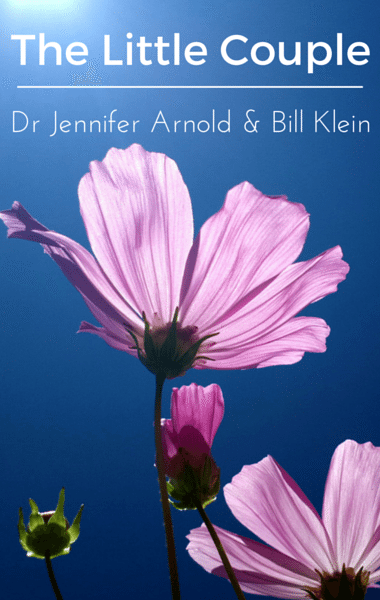 Dr Jennifer Arnold and her husband Bill Klein opened up to Dr Oz about the adoption of their two kids and Jen’s battle with cancer. (sanmitrakale / Flickr)

Jennifer and Bill, who have been married for eight years, sat down with Dr Oz. Bill shared that their nurse practitioner who works for their surgeon tried to hook them up. Bill was at NYU and Jennifer was in Miami so they sort-of blew it off. But ten years later, they met online using a website called “Date A Little.”

Jennifer was actually diagnosed with uterine cancer which had spread to her lungs. She has now been cancer free for two years. Dr Oz was looking back at when Jennifer and Bill picked up their youngest daughter from India, pointing out that she actually had the cancer at that time, and was experiencing symptoms typical of uterine cancer. Within 24 hours of getting to India, she knew something was wrong. She was bleeding so severely she had to get a blood transfusion as soon as she got home.

The hardest part for the couple was having to leave Bill in India with the two kids. Bill explained that before they got Will, their first son, they were warned about the possibility of some hard times because the child they were adopting, knew nothing other than the orphanage they grew up in. Will was atypical in the fact that they forged an immediate, close relationship. Zoey was more typical, which meant that there was more of a fight, and it was even harder because Zoey had only been around women.

Eventually, Zoey and Will will need surgery, but not nearly as complicated as the kinds Jennifer and Bill have had. Dr Oz just had to ask the couple if they plan on having a third child. They laughed and said they’re loving where they are now, but didn’t seem to rule it out completely.

Dr Oz then asked about their book “Think Big,” wondering why optimism was so important. They explained that believing in better times is what will get you through the tougher times. That’s where the B comes from. The I stands for improve, which means constantly getting better or else you could lose sight of future opportunities. Finally, the letter G, stands for go for it. While certain things may not be easy, you should go for it anyway. Don’t let fear hold you back!

While Bill was in the hospital, he met one of his biggest idols, Super Bowl champion Steve Weatherford. Steve is actually a friend of Dr Oz’s, which is why Dr Oz explained that he wanted to read Bill a note from Steve. Before he began reading, Dr Oz surprised Bill by bringing Steve out to meet them in person. Steve explained that he was visiting children in the hospital when a nurse told him there was a big Giants fan who had just had back surgery. She asked if he could come and say hi, but had no idea that it was Bill. They ended up keeping in touch through social media and texting.

Steve signed a football for Will, as Bill joked that he couldn’t tell if it was the medication or a dream when he met Steve the first time.