Dr Oz: Addiction In The U.S.

With one in three families in America facing addiction, Dr Oz knew it was time to open up the conversation. Especially given that 90% of the people who need help, don’t get it. Prescription painkillers are a driving force in the fight against addiction and drug abuse. Alarming data shows that doctors all across the country, wrote 259 million prescriptions for painkillers. That’s enough for every adult to have their own bottle of pain pills. Actress Mackenzie Phillips struggled with addiction most of her life, and knows first-hand just how dangerous pain pills can be, especially when you’re a recovering addict. 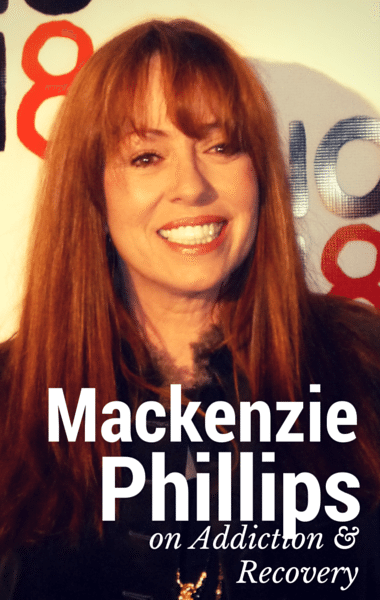 Mackenzie Phillips sat down with Dr Oz to talk about her battle with drug and alcohol addiction and her journey to recovery. (greginhollywood / Flickr)

Mackenzie Phillips was born into a world of privilege and dysfunction. She was the oldest daughter of rock star John Phillips, so her childhood was spent in and outof her divorced dad’s drug-fueled lifestyle. She learned how to roll her own joint at the age of ten, and by eleven she was using cocaine and LSD. At age 12, Mackenzie was cast in the movie American Graffiti. It was the roll of teenager Julie Cooper on One Day At A Time, that made her a star.

But off the set of her show, Mackenzie’s life was falling apart as addictions to cocaine, alcohol, and heroin took over her life, until a drug-related arrest, rehab, and relapses, caused her to lose her role on the hit show. Even then, she still hadn’t hit rock bottom. For another ten years Mackenzie struggled with addiction before getting proper treatment.

But then a prescription pain killer addiction through Mackenzie back into the chaos, after ten years of sobriety. Just a short time later, she was back to using heroin. She was eventually arrested in 2008. But she refused to give up, and now she’s ready to share the lessons she’s learned along her journey.

Mackenzie joined Dr Oz, who first pointed out that she was in rehab eleven times. Mackenzie said she’s doing amazingly well, and actually went back to school to become an addiction and alcoholism counselor at Pasadena Recovery Center. “I insist on recovering out loud,” Mackenzie said. “…to show that recovery is possible.”

So why is it so hard to recover? Mackenzie explained that it’s not automatically a moral issue. “The behavior comes from the brain disorder of addiction,” Mackenzie said.

She said it’s hard for people to get sober because they expect immediate well-being. She explained that you didn’t get as sick as you got overnight, so you’re not going to get as well as you’re going to get overnight. “You have to give your brain a chance to recover,” she added.

She acknowledged that she was a “little cocky” at that point, but she was also doing everything on a daily basis to maintain her well-being.

But then Mackenzie decided she needed a breast augmentation and liposuction on her thighs, after the death of her father. She said the flip got switched in her brain, and she began thinking that if one pill is enough than four pills would be “ideal.” That then got her back into the throws of her addiction.

Dr Oz and Mackenzie both spoke in front of congress and during her speech, Mackenzie shared that she was diagnosed with brain vascular disease, carpal tunnel syndrome, and lupus, but thought she likely didn’t have any of that, but it was all because of the pain medication. Once she got clean again, her health improved dramatically.

Mackenzie said we need to find some sort of criteria that can determine who’s at risk and who might die, as opposed to those who have a clear and present need for the medication. Mackenzie was prescribed numerous painkillers for the surgery alone. At one point she even told her doctor she needed to get off the medications and the doctor told her she needed to be on them for the rest of her life because she was going to end up in a wheelchair.

She had to detox and find out what was true. She went into a detoxification program after being arrested, and then once she recovered she realized she could do anything.

Recovery is a life-long battle because it’s so easy to come back to.