Honey Boo Boo‘s Mama June was thrilled to join Dr Oz to reveal one of the most dramatic weight losses ever seen on TV. In just two years, Mama June went from 462 pounds to 199! She went from a size 28 to a size 4! She admitted that she’s always seen herself as a smaller woman so now the world is finally seeing her the way she has always felt inside. Mama June underwent the gastric sleeve procedure and her weight loss journey was chronicled in the show Mama June: From Not to Hot.

Although she got the surgery, June explained that she still had to put in the work required to lose the weight. It wasn’t an easy process and although she felt sexy before, now she feels even sexier. As for her health, June’s blood pressure has improved dramatically. 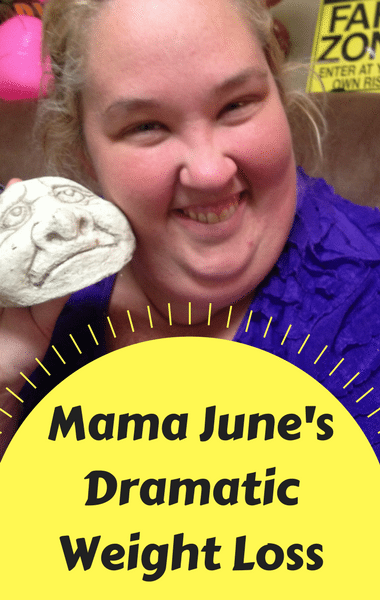 Mama June Shannon joined Dr Oz to reveal her dramatic weight loss and how she managed to keep the weight off. (lwpkommunikacio / Flickr)

June confronted rumors that she was wearing a fat suit on the shows by saying that it was all real. She admitted that she was at her heaviest when she was with her ex-husband, Sugar Bear. When she got away from that relationship, she started to see the weight fall off.

Now that June is in much shape, June shared that her family has followed suit. They’ve lost some weight themselves thanks to June keeping healthier food around the house. June tried for the longest time to lose the weight herself. When she went in to have surgery, she weighed 256 pounds. After the weight loss, June was left with a lot of loose skin and admitted she had nine pounds of skin removed just from her stomach. June also had a breast lift, liposuction in her back, and surgery to remove skin from her arms and face.

As for how her kids feel, June feels like that her kids are happy if she’s happy, because they love their mom no matter what. Speaking of kids, Dr Oz was happy to welcome Honey Boo Boo to the show with her mom. June admitted that she now wears some of Honey Boo Boo’s clothes! Boo Boo also loves the fact that her mom seems to be happier now than she used to be!

So what exactly does June eat to maintain her weight loss?

Dr Oz welcomed June’s trainer Kenya Crooks, who explained that first her reason for losing weight was her ex but he wanted to show her that it was actually about her. Kenya replaced everything they were eating with lean meats, fruits, and vegetables. June is a night person so she typically doesn’t wake up until noon. For breakfast she’ll enjoy turkey bacon, turkey sausage, and egg whites.

For lunch, instead of fast food, she’ll eat a turkey burger with kale salad. Instead of pizza for dinner, she likes to make lettuce wraps with grilled chicken.

For exercise, June loves to do body weight exercises like the “sit-up stand.” She begins in a sit-up position while Kenya holds her legs. She then sits up while holding his hands, and then stands up before dropping back down. It works the whole body!