Dr. Oz has never experienced the challenge he is facing on his show today. He is welcoming the McGhee family to his show, which includes parents Mia and Rozonno, and their sextuplet toddlers. They are all taking over the entire stage, which is bound to create a little bit of chaos.

Like so many couples, Mia and Rozonno McGhee wanted to start a family. Unfortunately, it was a struggle for them to get pregnant, so they turned to fertility drugs in the hopes of being able to conceive a child. On their first try, Mia became pregnant with twins, but that pregnancy sadly ended in a miscarriage. Not wanting to give up hope, she and Rozonno decided to try again and the next time they got way more than they ever expected.

Mia was not pregnant with one or even two babies this time, she was pregnant with six tiny little people. While Mia and Rozonno knew that a pregnancy of multiples was a possibility due the use of fertility drugs, they certainly never expected to hear the number “6” during the ultrasound that changed their lives. 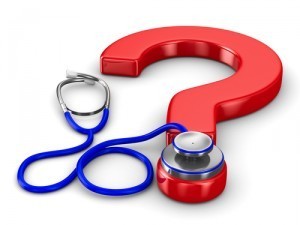 Mia and Rozonno McGhee said they feel blessed to have been given six babies and never considered selective reduction as an option.

When a woman gets pregnant with six babies, as in the case of Mia McGhee, doctors often bring up the difficult discussion of selective reduction. This is when they remove some of the fetuses because of the risks involved in a pregnancy where there are multiple babies. The risks to the Mom and the babies are much greater and can lead to complications during the pregnancy and/or at the delivery.

Mia and Rozonno both say that selective reduction was never an option for them. They both wanted a family very badly and if they were meant to have 6 children then that is what they were going to do. Mia shared that Rozonno joked at one point that maybe he had prayed a little “too” much when they were trying to get pregnant, but the bottom line is that they both felt extremely blessed at becoming the parents of 6 new babies.

At 27 weeks pregnant, Mia McGhee’s doctors decided to perform a cesarean section to deliver the 6 babies. She says she remembers feeling worried and afraid not knowing what to expect since this was her first delivery, but she decided to believe everything would be okay. Even though the babies were tiny and some weighed around one pound, they all survived and are now doing very well as extremely active two-year-olds.

Now that the McGhee sextuplets are more than two years old, Dr. Oz asks how Mia and Rozonno are able to manage their little army of toddlers while keeping their sanity. Mia says it is most definitely about teamwork. She and her husband work together when it comes to the day-to-day parenting of their sextuplets, but they also admit that organic lollipops often save the day when they need to juggle caring for more children than they have hands.

A family photo of the McGhees when the sextuplets were just infants, ended up going viral, which is how Oprah Winfrey heard of the family and invited them on her show. They now have their own reality show on Oprah’s television network, OWN, which has had great success.

Mia shares the reason they decided to do this show came after appearing the Oprah show because of the overwhelming support they received from people all over the world. She says there were people expressing gratitude to them for being inspiring to others who were struggling to conceive, so Mia says that she and Rozonno felt that if they could help others by having a television show then that is what they wanted to do.

Even with six children, Mia and Rozonno McGhee say that each of their kids has their own unique personality.

Biggest Troublemaker – Rozonno, Jr. is the oldest and the most independent according to his Mom and Dad.

Drama Queen – Olivia is the drama queen because all she does is cry, according to her Dad.

Pickiest Eater – Maddison (Maddie) is a picky eater, but her parents say she loves meat. She will leave everything else on her plate, but devour any meat that you give to her.

Shyest – Elijah is shy, but sweet and cuddly and also ready with a kiss.