After speaking with a mother who is fighting to get medical marijuana for her child, Dr Oz introduced Erin, who’s daughter Laney was born prematurely. They noticed right away that she had several issues. Her left eye never fully developed and her back never fused together. At 3-and-a-half-months-old, Laney started to twitch a lot, but her pediatritian told them it was nothing to worry about, but the movements became horrible to watch. Finally, they were told that their daughter was experiencing seizures from a form of epilepsy.

Erin was told there was no cure for their daughter’s condition. Laney’s body would swell, she would become irritable and although the steroids she was given were helping, they wondered at what cost. Their local news aired a story with several parents who researched cannabis oil and its ability to help with seizures. Finally, marijuana was legalized in Georgia, so they were willing to give it a shot. 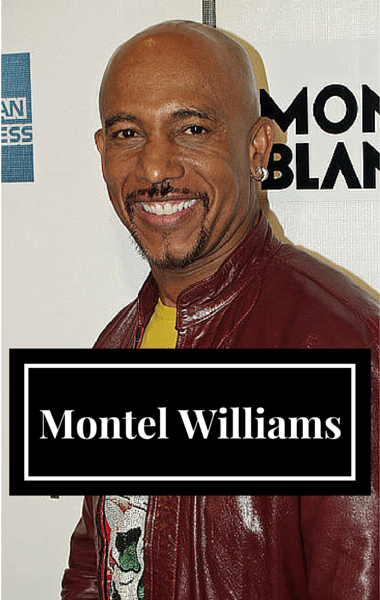 Montel Williams talked to Dr Oz about his pill-free pain solutions and how he feels about medical marijuana. (huffstutterrobertl / Flickr)

For six months, Laney has been using the cannabis oil and Erin shared that it has worked wonders for her. She’s kicked a ball on demand in therapy, has smiled for the first time, and is mouthing words. “Don’t stop fighting,” Erin said.

Dana said it’s frustrating when the government is playing with people’s lives because it’s a medical issue, not a political one. Montel shared that for his own chronic pain, he no longer uses strong pain medication, but instead uses cannabis, and has for 16 years, also to help with his MS. Marijuana can strongly help the nervous system of the body, providing relief for people. Laney just puts drop of the oil underneath her daughter’s tongue, and made it clear that if she were to drink the entire bottle, she wouldn’t get high. Medical marijuana is not about getting high.

Dr Oz then asked Montel Williams to reveal his secrets for relieving everyday pain, other than just using medical marijuana. Montel explained that he changed his diet as well as his exercise in order to contribute to less inflammation in his body. He uses as many anti-inflammatory foods as he can and works out every single day.

During a typical day, Montel drinks a smoothie that contains all the nutrients, vitamins, and minerals he needs. He snacks on nuts or fruit and for lunch will try 8-10 ounces of lean protein, eating red meat as little as every ten days. He eats more protein for dinner with fresh vegetables and whole grains like quinoa or couscous. He doesn’t deny himself of anything and even enjoyed an ice cream bar the night before.

Montel also likes to use exercise straps within his own home to stretch and exercise his body. It uses his own body weight and balance to do all kinds of exercises that build lean muscles. Montel is clearly in great shape so whatever he is doing appears to be working for him.

To fight high cholesterol, you should make diets a part of your diet. Eat just 14 daily and you can lower your blood pressure and improve your cholesterol levels. They can also lower your heart disease risk. Replace an old snack with 14 walnuts and you’re good to go!