Meredith Vieira and her husband Richard Cohen are one of America’s most beloved couples and they have struggled with Richard’s multiple sclerosis for many years, but could there finally be hope? For the first time in 27 years the couple is putting their faith in a groundbreaking new treatment that could literally save Richard’s life and they sat down to talk about it with Dr. Oz.

Dr Oz: What is Multiple Sclerosis? 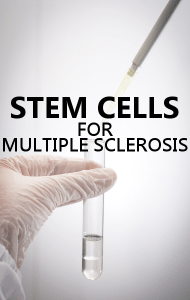 Dr Oz talked with Meredith Vieira and her husband Richard Cohen to discuss the groundbreaking procedure to treat multiple sclerosis.

Multiple sclerosis is a mysterious neurological disorder that not only affects Richard, but his entire family as well. Until now, MS has been considered incurable, but a stem cell treatment could reverse the damage it has caused in Richard’s family and give his family hope for the future. Meredith Vieira says she tries not to get too excited about the stem cell treatment, but she also admits if Richard stays where he is right now it would still be considered a success since MS is a progressive disease.

Richard also struggles with allowing himself to consider the possibilities the stem cell treatment could offer, but he tries to remain optimistic after living with MS for over 40 years and always being told there was no hope. He says his ultimate dream would be to walk without a cane and regain his eyesight, but even small success would be life-changing.

Dr. Saud Sadiq says Richard Cohen is a great patient because he is cynical and practical. He has little expectations where his stem cell treatment is concerned. Dr. Sadiq says the treatment is experimental at this point, but he is hopeful it can make a difference for Richard by repairing some of the damage caused by his multiple sclerosis. If they see improvement in either Richard’s ability to walk or with his vision, Dr. Sadiq says he will be delighted.

Dr. Saud Sadiq explains that he pulled bone marrow out of Richard’s sternum and is now going through the process of changing the cells into nerve stem cells that can be injected into Richard’s spinal fluid at a later date.

Richard Cohen says that while we have all heard of stem cell treatment, most of us consider something far off into the future. He also admits that he had given up on conventional medicine for his MS and even stopped seeing his neurologist. It was after talking to Dr. Sadiq that he began to believe stem cell treatment could work for patients with multiple sclerosis. He then made the decision to start his own blog as way of documenting the process, not only for others but also for himself.

Meredith Vieira says she has never hidden her age and even looks forward to turning 60 and doing some things she has always wanted to do. She is also looking forward to having grandchildren someday, even though none of her children are married yet. Dr. Oz challenged to her to something he calls “The Golden Girl Game”, to reveal some common issues women face when they get older.