One of Dr Oz’s good friends, Real Housewives of Atlanta star NeNe Leakes, was thrilled to join the show once again to talk about her latest adventures and, of course, her health. NeNe has been open about turning 50 saying that the only thing that’s really changed is that she’s even more outspoken or blunt than before. She no longer cares what other people think of her and cares less about gossip.

NeNe was curious as to whether she needed to stop wearing heels as she gets older. Dr Oz explained that high heels can cause heel pain and lower back pain, as well as toe deformations. Fortunately, NeNe never experienced anything like that. But what she has experienced is a blood clot. She suffered a pulmonary embolism and was on blood thinners before but isn’t any longer. She will sometimes still wear compression garments because she flies so often. While flying she makes sure to elevate her feet and walk around as much as possible just to be safe. 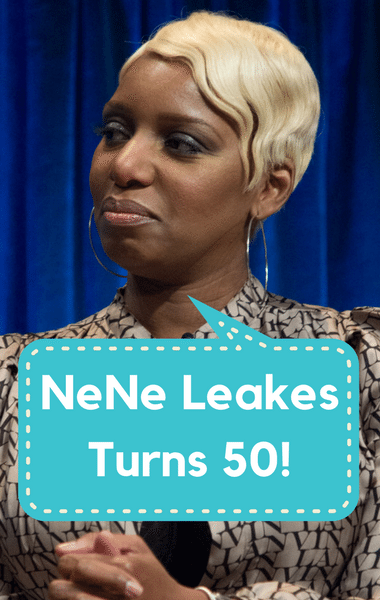 NeNe Leakes was back on The Dr Oz Show to talk about everything from turning 50 to her opinion of President Trump. Plus, did she have plastic surgery? (idominick / Flickr)

As for the show, NeNe explained that she was the only original star to be on the show for eight seasons and although it’s like a sorority to which you’ll always be a part of, she didn’t participate in season nine. NeNe was also on Celebrity Apprentice when President Donald Trump was on the show. She quit before she could be fired.

She shared that when she worked with Trump, he was very true to who he was and they got along very well. “Now, who this person is that we are seeing, I don’t know who that is,” NeNe said about Trump. “I don’t know him to ever speak that way. He’s always been very honest and very true and very blunt… but I did not witness do anything unethical.”

NeNe then moved on to talk about getting married to the same man again. She explained that she believes you have to teach people how to treat you or you’ll forever be treated a certain way. She also thinks attraction has to be there and, of course, you have to like each other. She and her husband make a point to date each week.

NeNe then wanted to confront rumors about her look, acknowledging that she’s been open about willing to do what’s necessary to maintain her looks. She doesn’t mind doing what she calls “tweaks” now and then. She shared that she doesn’t actually wear makeup all the time because it has the potential to age you. As for her body image, she’s pretty confident for a woman of her age. She’s never had a tummy tuck but she’s had liposuction. She also shared that she had a second nose job.