Dr. Oz introduced his 60 Day Diabetes Challenge Plan today, along with Randy Jackson! There are few people who know what Randy Jackson does, other than turning regular people into superstars. While Grammy award-winning producer Randy Jackson was creating music stars, he was focusing too little on his own health. He was suddenly diagnosed with diabetes and forced to spend more time focusing on himself. Dr Oz was quick to point out that most of the time he has his guests walk out to join him on set, but Randy was already seated because he sprained his ankle playing basketball.

Randy joked that he realized he’s no longer 21-years-old before getting serious to get discuss his health. Randy struggled with his weight his entire life until he was hit with a major wake up call. “You always think it’s going to happen to someone else and never you, right?” he stated. 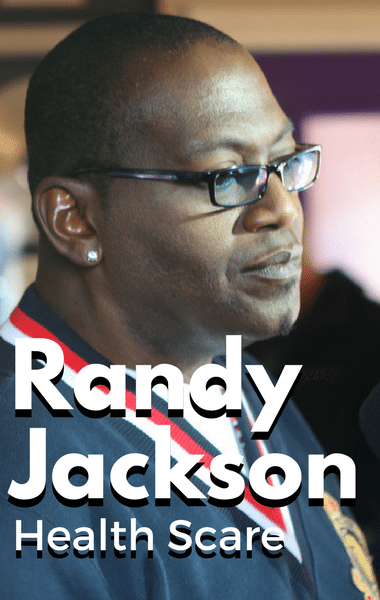 Randy Jackson sat down with Dr Oz to talk about his health scare and how he managed to turn his health around with lifestyle changes. (yodelanecdotal / Flickr)

Randy was almost 360 pounds and was “completely unhealthy” living a sedentary lifestyle, despite being very busy. His doctor would advise him to lose weight, but he never really paid attention until he was diagnosed with type 2 diabetes.

Randy underwent gastric bypass 14 years ago and lost 120 pounds. Randy has made it clear to anyone who has asked him about the surgery that in order to be successful, you have to be willing to completely change your life and change your lifestyle. It’s about diet and exercise and for Randy, diet is about 75%.

Dr Oz was inspired by Randy’s ability to take a huge problem like diabetes and make it manageable through lifestyle changes. He also stated that “we are living in a country now where we think we can’t fix the health of our nation” but Randy is living proof that it is possible to live the life you desire.

Randy added that it’s important to accept the condition you have. He explained that he did a lot of behavioral modification because before you can fix what’s wrong, you have to accept it and be willing to make the change. He believes behavioral modification with patients in therapy is good for a lot of people because “it’s got to really sit in you to make you want to do it.”