While talking to Justin Jedlica and Pixee Fox about the hundreds of surgeries they underwent to look like the real like Ken and Barbie dolls, Dr Oz wanted to speak with the plastic surgeon who continues to operate on the duo. But first, he wanted to take a closer look at what Justin and Pixee had done during their most recent surgeries. First was Pixee who had her ears reshaped and cheek fat removed and then re-implanted into her chin and lower lip. She also got an italic lip lift and had her hips sculpted.

Justin got liposuction in saddle-bag area, an augmentation of the smile lines, fat transfer around the mouth, and fat injection around the temples. Additionally, his jaw line was made more angular. 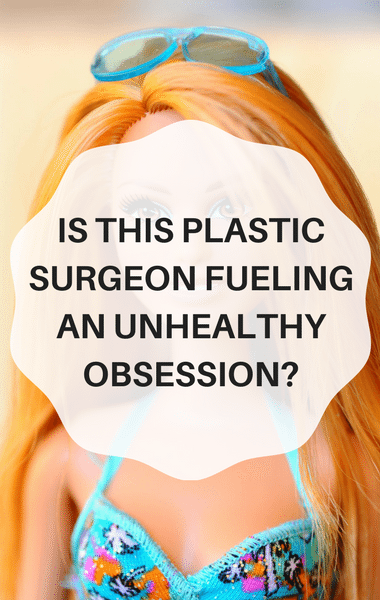 Dr Oz spoke to the surgeon responsible for the real-life Ken and Barbie’s most recent body modifications. Is there more to the story? (shootthedoll / Flickr)

Dr Oz then sat down with their plastic surgeon, Dr Otto Placik, who recognized that above all else, his job requires that he “do no harm.” But Dr Otto argued that plastic surgery is unique because there are no medical indications. That means he has to decide whether his patients have reasonable expectations. In his opinion, Pixee and Justin have “very reasonable expectations.”

Dr Otto also believes that because so many people are worried about body dysmorphic disorder and how it plays into plastic surgery obsession, he wanted to make it clear that Pixee and Justin aren’t, in his opinion, disordered. Instead, they are “body modification professionals” because they’ve made a career out of plastic surgery. Dr Otto believes that someone with body dysmorphic disorder would have an obsession that is interfering with work or causing them to avoid certain situations.

Justin jokingly gave Dr Oz a shirt that says “plastic makes perfect” but Justin argued that it was all in good fun and not meant to be taken too seriously. Dr Otto also made a point to say that there are things he hasn’t agreed to do, like liposuction on Justin’s abdomen where he had so little fat that it wouldn’t have even been possible.

But how can Dr Otto be so sure that Justin and Pixee’s “hobby” isn’t the result of a far more serious psychological issue? That’s where psychotherapist Dr Mike Dow comes in.

Dr Dow began by saying there are positive things he sees in both Pixee and Justin. He believes they both have a very artistic spirit and are sensation-seekers who love what they do. Dr Dow said to them “I want both of you to be known for the artist, not the statue.” Justin responded by saying “We’re one in the same.”

Dr Dow wanted them both to know that, while they could both be an exception to the rule, in his experience, people who have had an excessive amount of plastic surgery have some sort of serious mental illness.

Pixee admitted that she’s an entertainer, but it’s not about being famous. She’s creating something with her body so that she can do something no one has ever done before. But for Justin, it truly is about the art and the “craft.” What do you think? Share your thoughts in the comments below!