For the first time, Dr Oz was going to bring some of the biggest names is talk show history to his set to sit down together. Dr Oz welcomed Sally Jessy Raphael, Montel Williams, and Jerry Springer. As they all sat down, Dr Oz couldn’t help but wonder how Jerry managed to get audiences to chant his name every time he walked out. Jerry joked that his wife says it’s so that he doesn’t forget his name, but now they should chant his address so he knows how to get home.

Dr Oz turned to all three, wondering how they cope with the stress of having to perform to stay competitive every single day. Sally Jessy explained that for her, she knew she had to work harder and do better because she was the only woman among a list of men. Montel was on air for 17 years and did 3,300 shows and had 3,600 guests on his stage so he would go home each day with two dozen horrendous stories in his head.

Dr Oz: How Long Will Jerry Springer Stay On Air?

Jerry has been on air even longer than Montel and joked that he let NBC Universal know that he would be stopping when he’s 104. The truth is, he’s had too much fun. He pointed out that Sally Jessy and Montel had serious shows whereas his is “stupid” and a “circus.” He joked that now that Ringling Bros. is closed down, there are only two circuses left, him and the White House.

Dr Oz: How Talk Show Hosts Have Changed The Conversation 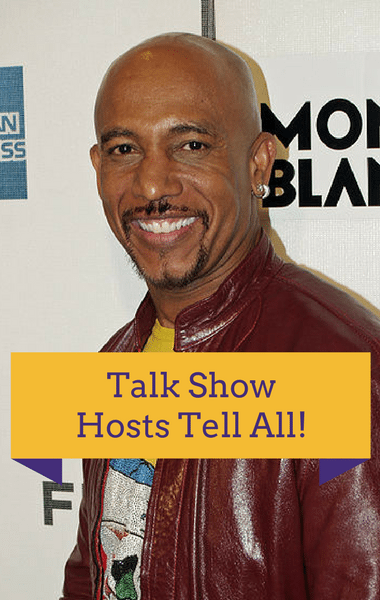 Talk show hosts Sally Jessy Raphael, Montel Williams, and Jerry Springer opened up about some of the most memorable moments during their time on air. (huffstutterrobert / Flickr)

Montel pointed out that both he and Sally Jessy tried to do a show that focused not only on what happened but why it happened, and they tried to come up with a solution. Dr Oz added that they all got into some pretty deep stuff and things that weren’t easy to talk about easily, but were important issues to discuss. Montel made a point to say that daytime television hosts were the only people to have a discussion about AIDS in a way that no one else did. They gave people the opportunity to see real people in real situations. Montel stated that they were the reality shows of yesterday.

Montel added that right now, the entire country is more knowledgeable about transgender people and transgender rights. Back in the 90’s, Montel interviewed Tula, the Bond girl who was a transexual then. When Jerry first started his show, they did an episode on interracial dating and there were protesters outside the studio complaining about the show. Now we’ve had a president who was the product of an interracial marriage, so it shows how things have changed in the past few decades. “What we thought was shocking then, is now thankfully accepted,” he said.