Susan Lucci rose to fame as Erica Cane, the woman everyone loved to hate on All My Children. Now, she’s starring in the hit Lifetime show Devious Maids. She’s a wife, mother, and grandmother, and it’s that role that she cherishes most. In 2008, her daughter gave birth to Susan’s second grandchild Brendan. Brendan was born premature, weighing just 4 pounds, 10 ounces.

At ten months, Brendan still couldn’t sit up and at 19-months, he couldn’t stand. It was then that Liza was told her son had cerebral palsy. Cerebral palsy is a neurological condition that affects muscle movement. Ever since the diagnosis, Liza, Susan and their whole family have been working together to help Brendan live a full life. Brendan is a 7-year-old cub scout who loves to play and enjoy life. 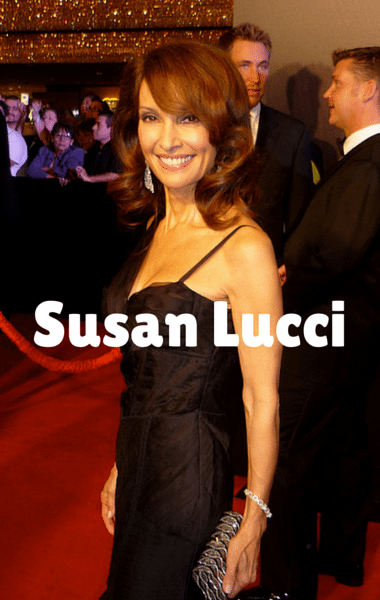 Susan Lucci and her daughter Liza Huber sat down with Dr Oz to talk about Liza’s son who was diagnosed with cerebral palsy. (greginhollywood / Flickr)

Susan Lucci and Liza Huber joined Dr Oz to talk about Brendan. They described him as creative, imaginative, and adorable, saying he has “velvet eyes” because he’s warm and responsive. Liza added that her son is so compassionate and truly has a kind soul. They decided to talk publicly about cerebral palsy because they wanted Brendan to be proud of who he was.

Cerebral palsy won’t get worse as Brendan gets older, but it won’t get better either. Liza explained that cerebral palsy is in Brendan’s legs and he has to walk with braces. He has difficulty getting dressed and doing certain activities like swimming, but they’re going to get there. Liza constantly tells her son to push himself and do it, knowing that he can. He gets physical therapy five days a week and occasionally gets Botox treatments to release the muscles in his legs. They’re looking into a surgery for the future as well.

Susan shared that she knew she wanted to be there in any way she could, as soon as they got the diagnosis. While Brendan was in the NICU, Susan was competing on Dancing with the Stars so she was constantly flying back and forth across the country.

Susan has been worked with UCP of New York City to learn more about cerebral palsy, including that you can live a normal, fulfilled life.

Dr Oz then revealed that his studio was the exact same studio where Susan taped All My Children. Because Susan and her character Erica both faced many health issues, Dr Oz wanted to play a little game. He would name a medical problem, and the audience had to hold up either a picture of Erica or a picture of Susan, to say who they thought suffered from the condition.

First, who had pneumonia? It was Susan, and she explained that she was going to make her Broadway debut when suddenly she couldn’t sing, and was eventually diagnosed with pneumonia so Annie Get Your Gun was postponed for five days. Second, who had emergency surgery to save her eye after going through a windshield during a car accident? The entire audience said Erica, but it was actually Susan! She was 19 when it happened and had to get plastic surgery to repair her face.

Finally, who became addicted to painkillers after falling during a photoshoot? It was Erica!

Susan then stuck around to share some of her cheap and easy beauty tips. First, Susan enjoys two cups of coffee in the morning but then throughout the day she drinks hot water with lemon because it hydrates her and comforts her without calories, caffeine, and sugar. She also read that it can help balance your pH. She also likes to use toothpaste at night for breakouts. She also combines brown sugar, honey, and vanilla extract for a DIY way to exfoliate her lips.