In 2015, everyone was hit with headlines no one expected to read when Everybody Loves Raymond actor Sawyer Sweeten killed himself. Sawyer and his twin brother Sullivan, as well as their real-life sister Madylin, played Raymond’s kids. Sawyer and Sullivan began their careers when they were just 1-year-old, when they moved to California to join their sister on the show. The boys were known for remaining professional on set. The show ended its 9-year run in 2005, and Sawyer Sweeten was thrust back into the real world. Ten years later, at the age of 19, without apparent warning, Sawyer Sweeten shot himself while visiting family in Texas. 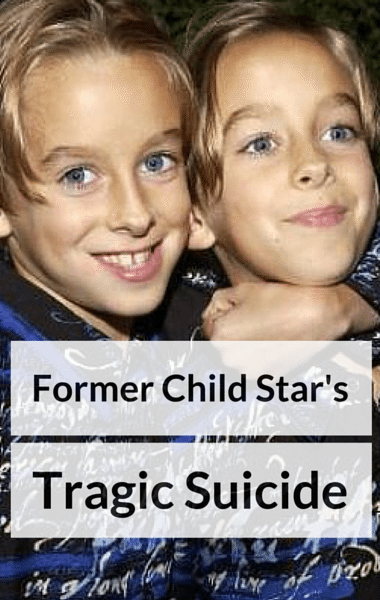 The Sweeten family spoke to Dr Oz about Sawyer Sweeten, former star of Everybody Loves Raymond, who committed suicide in 2015. (televisione / Flickr)

Sawyer’s mom Elizabeth, identical twin Sullivan, and sister Madylin joined the show, saying they were doing better. Madylin explained that they spent a lot of time together as a family which certainly helped, and Sullivan added that once the news broke, so many people came to the house that they hardly had room to walk in their house.

Madylin was the first one in the family cast for the show, and she loved it. She believes Sawyer had a blast during the show, as they all did, but Sullivan explained that after the show ended, Sawyer had a bit of a “cynical attitude toward it.”

Sullivan further explained that when the show ended, he and his brother realized just how much school they had missed and how little they got to socialize with other kids. Sullivan also admitted that he still has trouble talking to people on a daily basis. He believes Sawyer blamed Hollywood for his struggles.

Elizabeth is a nurse, so she fully understood the concern that stemmed from the role of genetics in this particular situation. She explained that Sullivan gets annoyed with her, because she’s constantly making sure he’s okay. She added that when hey finally got to the point where they realized something was wrong with Sawyer, he still didn’t understand himself. She described him as delusional, but said it wasn’t enough to serve as a warning.

As part of Sawyer’s eulogy, Elizabeth stated that she believed her children were given to her on borrowed time. She then explained that it began when she was pregnant with the twins, but every now and then she’d get a nagging feeling that one of the twins would be leaving too soon. She kept pushing it away, believing maybe it would happen later in life.

Dr Oz asked Sullivan if he would decide not to be on the show if he could go back. Sullivan responded by saying it was a hard question to answer, because he’s still trying to figure out how much of what happened was because of how they grew up, and how much was because of what happened afterward. Elizabeth didn’t believe the show was what led to Sawyer’s death, and said she thinks her son actually had an underlying mental health disorder that didn’t present in the typical way.

Elizabeth described Sawyer as “quirky” saying looking back, she realized that he may have presented some signs of bipolar, that she didn’t understand or recognize, because they weren’t specifically what she was taught in nursing school. Even with how Sawyer committed suicide, she made it clear that it doesn’t always happen the way that’s considered “typical.”

Sullivan said “I lost a piece of myself” and acknowledged that he isn’t he same person he was because of Sawyer’s death. He added that he knows he scares a lot of people, because he used to be all smiles, all of the time, but now he has some days where he just can’t bring himself to. He described himself as “dull” and said he doesn’t even care to say that he’s going to be okay. Sullivan has spoken to a therapist, but it’s been a while, so he knows that he should likely go back. Madylin added that they all saw a therapist to help them through the grieving process the healthy way. Sullivan’s younger sister had the hardest time of them all, until she eventually got proper medication and is doing much better.

Madylin stressed the importance of talking about suicide, as Elizabeth said parents absolutely have to talk to their children about mental health. She encourages parents to talk to their kids about their thoughts, and let them know they can get help and find a solution so they can feel better. The most important thing is starting the conversation.