Kelly Osbourne, the daughter of rockstar Ozzy Osbourne, has lived her entire life in the spotlight. She’s no stranger to the camera, as she grew up during filming of her family’s reality show “The Osbourne’s.” But once filming for the show stopped, Kelly became famous in her own right as a TV personality, fashion designer, and actress. It’s no surprise that her road to success was filled with controversy and hard times, but Kelly has learned how to rise above those who tried to bring her down, even during the roughest time of her life.  Kelly shared loads of secrets with Dr. Oz, including what tattoos she has on her head!  You will be shocked at the answer on the next page…

Dr Oz: Kelly Osbourne “There Is No [F***ing] Secret” Review 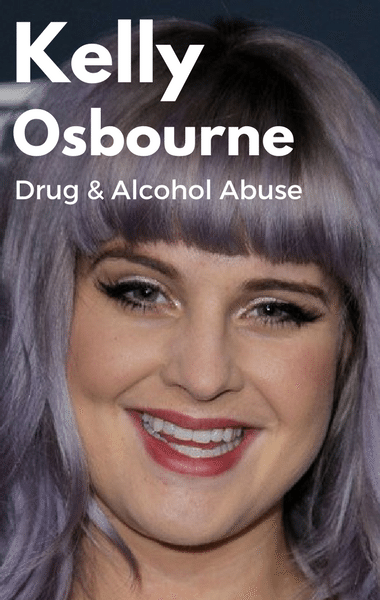 Kelly Osbourne opened up about her struggles with drug and alcohol abuse when she was as young as 12 and how she managed to become the woman she is today. (bellatrix6 / Flickr)

Kelly, sporting a purple mohawk, expressed her excitement over being on the show. “My mom said to send her love,” Kelly said to Dr Oz. “My dad probably doesn’t even remember.”

Kelly just released her book, for which the title isn’t exactly appropriate to say on daytime TV. Kelly explained that she named the book what she did because she likes the book “The Secret” but believes it’s no secret. “You be a good person, you think positively, and good things will happen,” Kelly stated. “You work hard and it will happen, even if you fall, get back up again.”

Secondly, she realized how ignorant and foolish it would be for her to complain about her pubic perception if she wasn’t willing to stand up for who she is. Her book was a way for her to say “This is who I am. Now you can decide if you like me or not.”

Dr Oz wanted to ask Kelly more about some of the topics she was very honest and “unfiltered” about in the book.

Kelly was very open in her book about the fact that she grew up around drugs and alcohol. She was about 12- or 13-years-old when she first started experimenting herself. She was at the Eloise of a hotel in L.A. called the Sunset Marquee Hotel and would sneak out of her room and into the hotel in her pajamas and wash the glasses behind the bar so that they would give her “watered down Malibu pineapple” that she had no idea she was allergic to at the time. That was when she first started drinking.

Kelly first started experimenting with drugs when she had her tonsils taken out and was given liquid Vicodin. “It didn’t kill my physical pain,” she stated. “But it did kill my mental pain.”

She thought that if she took the drugs, she wouldn’t have to feel the way she felt, not realizing that with every drug she took she was only making everything worse. Kelly made it clear that it was never a party, it was never fun, because she hated herself. “I wouldn’t wish that upon anyone.”

“I can’t stand this, like, ridiculous romantic notion that, ‘sex, drugs, and rock ‘n roll’ is amazing, it’s fun,” Kelly stated. “No. It’s a matter of a life and death. If you don’t stop, you will die.”

Kelly admitted that for her, in the beginning of her drug use, she assumed that because the medication came from a doctor, it must be alright, which is a common thought among drug users. As Kelly said, no, a drug is a drug is a drug.

Dr Oz recalled that at the height of the Osbourne’s reality show, Ozzy almost dies in an ATV accident in England and Sharon is battling cancer in California. Kelly was traveling back and forth and it was then that she was starting to use pills. Kelly struggled with the thought of losing both her parents and didn’t want to feel anything, which is why she turned to the pills. At the time she thought she was so fat and ugly, and fed into what everyone was saying about her.

Ozzy even flatlined right in front Kelly, after she drove to the hospital and had to sign papers for her mom telling doctors to do whatever it takes to save her dad. It turns out that Ozzy’s lungs had been punctured by his ribs in the ATV accident and he was drowning in his own blood. They performed a procedure to drain the blood and ten minutes later he seemed to be getting back to his old self. He was in a coma for two weeks but managed to pull through.

Dr Oz then pointed out the fact that Kelly had been bullied as a child which makes it that much more remarkable that she has turned into an unfiltered, body confident young woman. She joked that being unfiltered gets her into trouble a lot. But then she explained that she’s never wanted to be anyone else, she just tried to be the best “her” she could be, without competing with other women.

Dr Oz also wanted Kelly to know that as she spoke, she reminded him of Joan Rivers. She was curious as to what life lessons Kelly learned from Joan. Kelly remembered writing in her book “If you’re not making someone laugh you’re simply crying alone.” Joan taught Kelly to find the humor in everything, and Kelly believes that was one of the best lessons she ever learned in life. She recalled what a professional, generous, loving, and caring woman Joan was, and how that rubbed off on everyone Joan worked with.