You probably know Theresa Caputo best by her nickname, the Long Island Medium. She’s been to Dr Oz’s show before, and now she’s back to talk about how communicating with the dead could be a cure for your anxiety. (Hold your laughter or gasps at least until she stops talking, please.)

We’ve all felt our minds racing and had periods of extreme worry. Dr Oz spent a few minutes explaining the basic concept of anxiety, and put forth Theresa’s theory that you could possibly soothe or diminish your anxiety by communicating with those who have passed on. That’s because she said it’s what has happened to her. 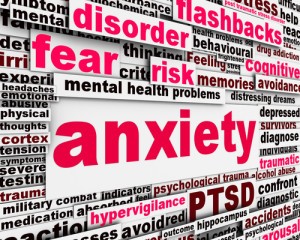 The Long Island Medium, Theresa Caputo, told Dr Oz that she has the anxiety cure. Could the answer be found in communicating with the other side?

Ever since tapping into her “psychic gift,” she said her anxiety has dissipated. Now that she is open to receiving messages from the beyond, she said she’s no longer anxious (probably because she’s also raking in the dough; is that an anxiety cure?).

Dr Oz: Could Talking to the Dead Help End Your Anxiety?

Dr Oz said he is fascinated with Theresa and her gift, admitting that sometimes doctors don’t have all the answers. She said that she had tried therapy to get to the root of her anxiety, only to eventually discover that once she was open to messages from others, her symptoms went away.

Theresa said she had problems with panic, fearing elevators and leaving home for college or vacations. She believed that she inherited both her anxious feelings and her empathic gift. I’m not sure I’m buying this. She said she can feel the headaches and other symptoms of others

We put up with a lot from Dr Oz, but this seems like it stretches the bounds of medical credulity. Audience member Deanna said a reading with Theresa changed her life. For years, she had panic attacks and fear, and never felt like anyone in her life understood her. This psychic niche seems to cover a lot of the same fears and concerns that religion alleviates for some people, in terms of the afterlife.

Deanna said that during her session with Theresa, she prayed to her uncle, asking him to tell Theresa the name of a movie, so that she would believe in life after death. That’s an impressive trick, but do you believe it?

Dr Oz repeated that medicine doesn’t have all the answers, but he is open to whatever healing works for people. For Deanna, a chat with Theresa seemed to do the trick.

Theresa agreed to do a reading for the audience, noting that it’s usually the people who are least interested that end up getting readings. She talked to a woman about her sister’s death; the woman’s lungs had collapsed, and Theresa claimed she couldn’t breathe deeply while connecting with this spirit.

The Long Island Medium explained that she used to get these feelings and not understand what they were, so her chest would get tight and she wouldn’t know why. Theresa shared a message for the woman in the audience, of her sister telling her to let go of the guilt for her sister’s passing.

The thing that’s fascinating to watch is that Theresa does have a knack for coming up with details that really resonate with people in the audience. “You don’t have to believe or understand what I do. That’s not what this is about,” she said. Duly noted, Theresa.

Is Theresa Caputo Fake or Real?

It’s been four years since the woman’s sister passed away, six months after her father died as well. Theresa helped the woman, who was now sobbing, understand that her father wants her to be at peace. Despite her racking sobs, the woman said she was happy to get this information. Theresa said her late father wants her to celebrate her birthday, which she hasn’t done in years.

What do you think of these types of psychic readings? Is it real or fake? It seems like the kind of thing that people believe only once it’s happened to them.

How to Schedule a Theresa Caputo Appointment

If you are still interested in scheduling a Theresa Caputo Appointment, apparently you can get tickets to see her by contacting her directly via e-mail or facebook.  If you have found another way to schedule an appointment with the Long Island Medium, please leave a comment below and share it with everyone interested!

Since several of you asked, I did a little research and read that Theresa Caputo charges around $400 for a thirty minute visit.  Sounds like a very lucrative business!  Who can afford to pay that much?  And how are there so many people who are willing to pay that much that it is difficult to get an appointment with the Long Island Medium?!?!