Dr Oz: Whose Line is it, Anyway?

They say laughter is the best medicine so it makes perfect sense for Dr. Oz to start off a new season with the kings of comedy! Wayne Brady, Aisha Tyler and Colin Mochrie from the hilarious improv show, Whose Line is it, Anyway, paid Dr. Oz a visit! Get ready to laugh until you cry as they play Whose Embarrassing Condition is it, Anyway? Plus, find out whether Cuddler’s Syndrome is real.

Dr Oz: Whose Fake Condition is it, Anyway?

Just as she does as the host of Whose Line is it, Anyway, Aisha Tyler set the scene for a little health condition improv on Dr. Oz’s stage. She explained it is called “Living Scenery” as she read the parts that Colin Mochrie and Wayne Brady would be playing. 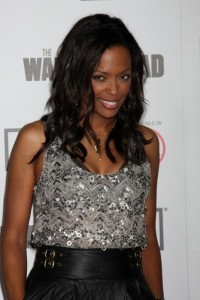 Wayne: His fearless guide showing him through the jungle, which in inhabited with wild beasts.

Their goal was to use different modes of transportation while searching for an ingredient that will cure the disease “Crickleneckitis”. Dr. Oz and a lucky audience member volunteered to be “props” since the actors did not come with any from their own show.

The hilarity ensued just as it does on Whose Line is it, Anyway, as Wayne Brady and Colin Mochrie acted out the scene and went in search of a cure for “crickleneckitis”. Dr. Oz expressed how impressed he is by the actors and the remarkable intelligence it takes to do improv acting, especially as well as they always do on their show.

Dr. Oz says that while “crickleneckitis” is not a real disease, he asked the actors to play along with his next game called Real or Fake. Dr. Oz shared the names of various diseases and the actors had to guess whether they were real or fake, with their own added humor, of course. Play along and see how you would do in Dr. Oz’s game.

Koro: A fear that your private parts are retracting and will disappear. The word “koro” means head of a turtle and it turns out this is a very real syndrome.

Cuddler’s Syndrome: The sufferer has an uncontrollable urge to cuddle. Dr. Oz says this one is totally made up and completely fake.

Foreign Accent Syndrome: Sufferers speak their native language, but with a foreign accent. Dr. Oz says this is actually a really condition and can be a sign of a brain injury.