Home > Dr. Oz's Home Remedies
When you buy through our links, we may earn an affiliate commission. As an Amazon Associate we earn from qualifying purchases. Learn more.

One of Dr Oz’s favorite things to do is share new uses for everyday things, and this time he wanted to talk about cinnamon, which is great for keeping your blood sugar stable. One of the best ways to do that is with coffee. Just put your coffee ground in like normal and then sprinkle a half a teaspoon overtop the ground and make it like usual. You can then garnish your coffee with anoyher half a teaspoon of cinnamon.

If you don’t like coffee, you can also sprinkle some cinnamon on your cereal or in your oatmeal to get the same benefit 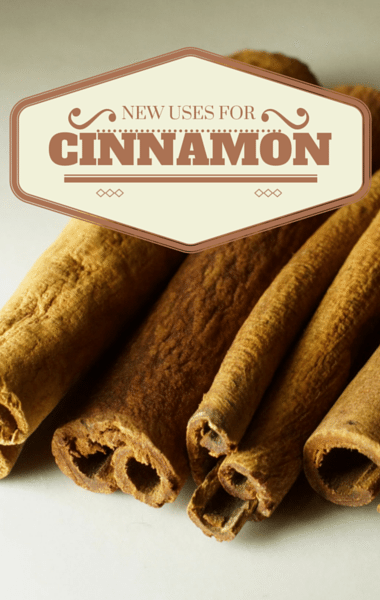 Dr Oz shared new uses for cinnamon including a way to help you relax and even to preserve food. (trophygeek / Flickr)

Next, Dr Oz looked at how cinnamon can be used to preserve food. One woman tried adding it to her leftover holiday dishes like sweet potato pie and roasted carrots to get a little more shelf life out of them. Cinnamon and cinnamon oil helps food last one or two more days. Dr Oz conducted an experiment of his own, by making two different casseroles and then adding cinnamon oil to one, while leaving the other one as it was. After four days of leaving it out, the one with cinnamon oil had about half the germs as the other casserole.

Finally, one of the best ways to use cinnamon is to help you relax. One woman uses it in her own home, lighting a cinnamon scented candle or using cinnamon sticks around a candle and lighting it. Dr Oz liked it so much he said he would use it in his own home and office. You can also chew cinnamon gum or just smell the cinnamon sticks to help with your stress, memory, and attention.

Dr Oz went straight to a Pinterest mom named Amy, a former science teacher, to find out her best holiday baking cheats and secrets. Amy became a stay-at-home mom but wanted to have hobbies, so she started a blog sharing crafts and recipes. First, Amy suggested storing baked goods with slices of bread to keep them moist. Keep the baked good sealed with a slice of bread inside, and the cookies will stay soft, while the bread will become hard as a rock.

Next, to avoid splatter when mixing batter, poke holes into a paper plate and then place the beaters through the holes. The paper plate will catch the splatter rather than your counter or clothes!

Next, to soften buter in seconds without putting it in the microwave, fill a glass with hot water and letit sit for one minute, then empty the glass and put the empty glass over the butter.