Dr Phil: Yes, I Abandoned My Children, But I’m Not a Bad Mom

Jamie told Dr Phil’s show about his former spouse Akealia. Two years ago, she met another man and walked out on Jamie and their five kids. Since then, she has only seen her children a couple of times. However, she does not think she is abusive and says the kids are better off with him. Is Purposeful Parenting a tool that will work for them? 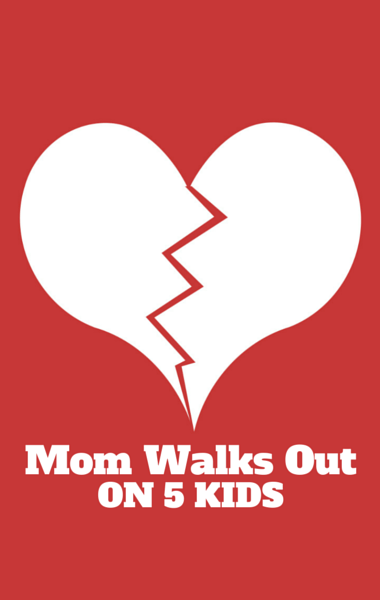 Dr Phil intervened when a woman walked away from her five children to run off with a man she had known for just two weeks. What is Purposeful Parenting? (Kunal Mehta / Shutterstock.com)

Akealia said that she missed out on a lot of her childhood when she became a mother at a young age. After 11 years with Jamie, she was ready for a change of pace. She insisted that she tries to remain a presence in their children’s lives, and she thinks that Jamie is holding them hostage from her. “I feel like I am still a very good mother,” she said.

Dr Phil: Walking Away from Children

“How can you walk away from your children?” Jamie wanted to know. Akealia admitted that she left her life behind to follow a man that she had known for only two weeks. In the process, she left behind a 13-year relationship and her five children.

Her thinking was that she did not want to uproot her children and disrupt their lives, since she knew her new relationship was uncertain. But why did Akealia tell her daughter she was sorry the girl was born? She got upset. Sometimes mom pulled her daughter’s hair.

Dr Phil: Why Did You Leave Your Children?

Dr Phil could not understand why Akealia left her children behind, even if she was tired of her relationship with her husband. “Why did you leave your children?” Dr Phil wanted to know. He did not understand why she would want to give up her entire life for a decision with so many unanswered questions.

“There’s no way that I would have been able to deal with all five kids by myself,” she said. She has also had another baby with her new partner, whom she has been with for two and a half years.

In the meantime, Jamie got full custody of his five children with Akealia. However, their 12-year-old daughter’s behavior has escalated, and he is worried that she is dangerous to the other kids.

According to Akealia, that’s because Jamie gives his 12-year-old daddy’s girl special treatment and won’t punish her fairly. However, Jamie points the finger right back at her for walking out on everyone. Akealia’s sister Josephine claimed that the real problems are that Jamie is a bad father and was abusive to Akealia. He admitted that he has yelled and has slapped the children for misbehaving.

You can chime in about this episode on social media using #KidsNeedMom. What can parents do to help ensure that their children are on the right course? Dr Phil shared some advice about Purposeful Parenting in his book Family First: Your Step-By-Step Plan for Creating a Phenomenal Family; pick it up to learn more about these concepts.