Cyberbullying is an ongoing problem facing young people, and Dr Phil used his show to spotlight this troubling behavior. His 20-year-old guest Kalista was ready to confront 20-year-old bully Taylor, who has been pestering her online for almost two years. Taylor has lied about Kalista’s social hobbies and occupation.

Kalista complained about being Cyberbullied during her pregnancy. She recalled a time when Taylor manipulated a photo of her and used it to spread rumors about Kalista on the web. When Kalista’s attempt to take the high road did not yield results, she ultimately deleted her Facebook.

Dr Phil: Who Started It? 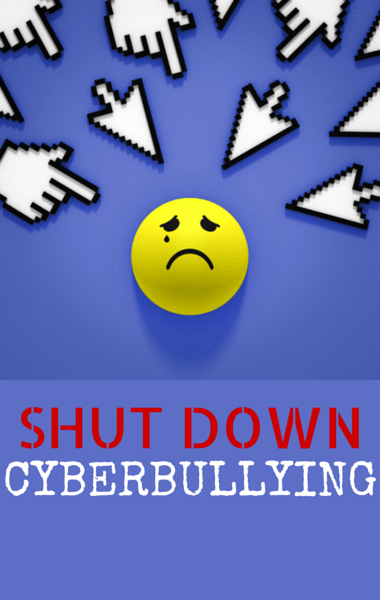 Dr Phil mediated a dispute between three young women about Cyberbullying behavior that has been going on for years. Did they learn about consequences? (Fabio Freitas e Silva / Shutterstock.com)

Taylor’s excuse is that Kalista started it. But according to Kalista, Taylor is a known bully, and she has antagonized other young women as well. She has noticed that Taylor preys on people in some of life’s weakest moments, and Kalista said she is worried that Taylor could drive someone to suicide.

22-year-old Shelby is another victim of Taylor’s bullying. She told Dr Phil that Taylor spread rumors about her terminating a pregnancy; the truth was that the child died due to preeclampsia. Shelby did not know how Taylor, who is a mother herself, could be so malicious.

Taylor maintained that she has only lashed out to defend herself. At one point, 21-year-old Shayna decided to turn the tables by starting a Facebook page dedicated to people who hate Taylor. However, Facebook deleted the page. Then, Shayna dedicated her personal profile to attacking Taylor, to give her the chance to see what it feels like.

Dr Phil ran down some of the claims Taylor has made about Kalista. Taylor did cede some ground, but stood firm on the point that Kalista worked as a dancer. What surprised me is that Kalista’s online bullying landed Taylor’s husband in trouble in his military career. You never know how far the words you put online can reach.

Dr Phil went on to use Kalista’s own words to teach the women about their potential legal consequences. Especially since she admitted to making false statements in these bullying messages and online postings, she could face legal exposure to the consequences.

In addition to statements that could be considered slander and libel, there were plenty of threats made along the way. Dr Phil pointed out instances where her words could attract the attention of hate crimes investigators.

I think I’m glad we didn’t have Facebook when I was growing up, because that meant there was not a written record of people acting inappropriately. No such luck for Taylor, whose additional Facebook offenses included directing men to contact a girl for “love,” which ended up getting the victim fired from her job, which could be considered “inciting violence.”

The same thing goes for threatening to shoot students. “You may think you’re sitting on your couch throwing a tantrum, but you’ve created a record that doesn’t go away,” Dr Phil said to Taylor.

Dr Phil said that another teen reached out to the show when word got out that Taylor’s behavior had caught the show’s attention. This person said that Taylor’s harassment included claiming she has “daddy issues” and offering her razor blades.

There was also a series of messages between this anonymous teen and Taylor, in which Taylor’s aggression continued while the teen tried to shame Taylor into leaving her alone, ending with the sentiment “I will pray for you.”

Dr Phil noted that the young woman has made four suicide attempts in the past two years. Taylor claimed she did not know the person was suicidal. “I was just saying that because of the whole Scene Girl look,” Taylor said.

Shelby wondered who Taylor would feel if this person had killed herself because of Taylor’s words. Shelby and Kalista seemed to be very upset about these facts, but nothing seemed to sink in for Taylor. “The whole problem with this younger generation is that you have the knowledge to use the Internet, but you don’t have the wisdom,” Dr Phil said.

Dr Phil encouraged Taylor to examine her own life and what she wants for her future. That way, she will be able to focus on bettering herself and pursuing goals instead of dragging other people down. He also reminded everyone that there is someone reading the words you type on your keyboard, so consider your words before putting them out there.

Use the hashtag #ViciousOnline to share your own stories and experiences with Cyberbullying. Though the women on this episode were all 21 or older, parents can sometimes be held accountable for their children’s behavior online. If you have young kids or teens who are using cell phones and tablets, are you monitoring how they use the technology and who they are communicating with? Have you ever said something on Facebook that you later regretted?