What would you do if a relative of yours, maybe a cousin or an aunt, was convicted of murdering his or her parents? That’s the question that Dr Phil’s guest Angela has been asking herself in recent years, after her nephew Matt was convicted of stabbing his own parents to death. However, Angela believes Matt is innocent, and she thinks Matt’s wife Jenny is partly responsible for his prison sentence.

Linda and Steven Riley were stabbed to death in 2008. A few years later, Matt was convicted of the unthinkable crime after a 2011 trial. However, Angela thinks inconsistencies in Jenny’s story undermined her nephew’s defense, and it has only deepened the wound from this family’s tragic loss. What would happen when Angela and Jenny came face to face for the first time since the trial? 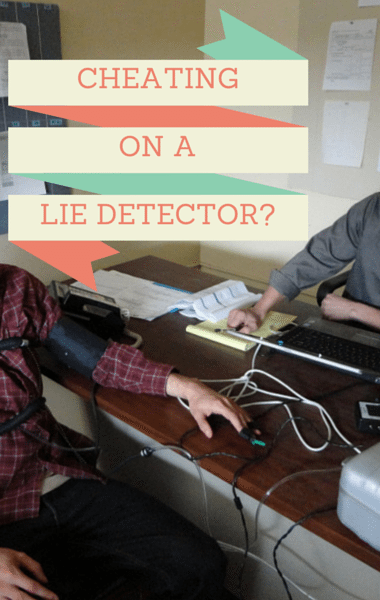 Dr Phil counseled guest Angela, who believes her nephew’s lying wife Jenny was involved in Matt’s conviction for the 2008 double murder of his parents. (lwpkommunikacio / flickr)

Angela recalled that Jenny changed her story on the witness stand, and Angela believes that she kept revising her account of what happened that night to satisfy investigators. However, Jenny maintains a belief that her husband was responsible for stabbing both his parents to death.

In her pre-interview, Jenny recalled dozing off in the early morning hours, but hearing her husband leave and noticing the car was gone. The next morning, he returned to the house with a cut under his eye. She also thought it was out of character for him to do his own laundry that day. “The only way that I can describe the way Matt was acting is he reeked of guilt,” Jenny said.

Jenny also thought it was suspicious that Matt decided to make an impromptu visit to see his parents later in the evening. Soon, police came knocking and Angela now says she initially lied, telling them Matt had been home with her the previous night. “I lied to them,” she said. Later, she said Matt wouldn’t give her details, displayed a tic indicating he was lying, failed a polygraph, and attempted suicide.

“What ran through my mind was he was guilty,” Jenny said, adding that she was horrified to think this man was the father of her children. She reached out to Matt’s grandfather, a retired police officer, who advised her to maintain her original lie. “I did not want to be the one to nail his coffin shut,” Jenny said. However, she now insists that he was gone that night, and she is convinced that Matt was behind his parents’ killings.

Dr Phil: Does She Believe Her Husband Did It?

“I want to know why it is that Matt’s family thinks that he is innocent,” Jenny said. “What am I missing?” After this recap of her version of the events, she took her seat across from Angela on Dr Phil’s stage. Both women were instantly at odds, with Jenny insisting that she knows the truth and Angela not buying a moment of it.

Jenny admitted to Dr Phil that she lied in court. Her defense was that she was scared when the cops came to the door, and her first instinct was to protect her husband. But Dr Phil wondered why she later perjured herself in court. “I did not want it to be true,” Angela said of her husband’s crime.

Dr Phil expressed surprise that he got multiple different answers to the same question about why Jenny lied under oath. He also pointed out inconsistencies in the stories that she has told the police and what she told Dr Phil’s cameras since participating in the show. Dr Phil couldn’t get a straight answer out of Jenny about the timeline, and Angela underscored this as proof of what she and her family have been dealing with.

What do you think? Do you believe Jenny is telling the truth about what happened that night? Share your thoughts in the comments or spread the story on social media using the hashtag #MurderedParents.

Greg, Angela’s brother, was in the audience and shared some information with Dr Phil about the blood analysis done at the crime scene. He explained that approximately 50 blood samples were taken from the crime scene. One of those samples did not belong to either of the victims or their son Matt, who has been convicted of their murders.

According to police reports, Matt told police that he researched polygraph examinations and took a muscle relaxer beforehand. Matt went on to fail the test, which Dr Phil thought was suspicious behavior. Jenny chimed in to note that Matt failed every single question. Dr Phil wondered why she is suddenly so sure about her husband’s guilt, after revising her story so many times.

Dr Phil pointed out to Jenny that Matt is now in prison convicted of two murders. He may never be a free man again and will miss out on the lives of his children. He told Jenny that she should not live with herself if she contributed to her husband’s wrongful conviction, and he offered her the chance to set the record straight. “I did not lie,” Jenny said.

Angela pounced on the opportunity, asking Jenny to take a lie detector test, to which she agreed. Do you think she followed through after the show? Psychic medium John Edward also shared a message of encouragement with Angela. What do you think she will be taking away from this experience?

The loss of one’s parents has to be an unimaginably difficult challenge, especially under such horrific circumstances. I can’t imagine the added burden of potentially being wrongfully convicted as the person responsible. Everyone processes guilt differently, so give yourself or others some space to grieve as needed. For additional advice, pick up Dr Phil’s book Real Life: Preparing for the 7 Most Challenging Days of Your Life.