Dr Phil: My Mother Refuses To Cut The Cord With My Mama’s Boy Brother

Dr Phil met Andreya, who says her 32-year-old brother Tony still lives with their mom, Linda, who enables him as he deals with addiction and gambling problems. On top of that, Linda is working two jobs to help pay her son’s bills, despite the fact that he is taking advantage of her.

Linda won’t listen to a single bad word about her son, and Tony admits that he is often successful at manipulating others to get what he wants, including getting a potential 45-year prison sentence for drug trafficking reduced to just over three years.

Andreya called her mother “the biggest enabler in the world,” noting that she pays for Tony’s every need and puts him first, even though Linda is 68 and probably doesn’t need to be working two jobs. 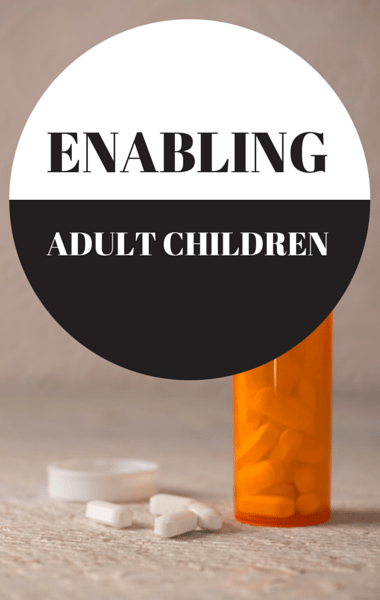 Dr Phil spoke to a codependent mother who is enabling her adult son, a man who is addicted to gambling and snorting prescription pills. What should she do? (Jeff Wasserman / Shutterstock.com)

Tony, who has his mother wake him up each morning, also spends his nights out at the casino, gambling and spending his winnings on prescription drugs before returning to gamble more. Linda said that she has never actually seen her son doing drugs, and she is afraid to kick him out because of what could happen to him.

Dr Phil suggested that Linda is enabling Tony to make herself feel better, since obviously it is not helping him advance in his life. “I guess I’m naive to a certain point,” Linda said, but Dr Phil was not buying her excuses. “I learned things yesterday that I didn’t know.”

Andreya complained that Linda even buys her adult son Capri-Sun drink pouches, and he hides the empties under his bed. Linda said that Tony has always been a mama’s boy, though Dr Phil pointed out that life changes when your child has been to prison.

What does Tony have to say about all this? He said that people call him a “smooth operator” and he admits that he can con people. He also said that he has snorted up to 12 pain pills in a single day. When he’s not snorting pills, it might be cocaine, and he estimated that he has spent more than $10,000 on his drug habit.

Dr Phil told Tony that he does not have the right to engage in some of his dangerous habits and behaviors, like snorting drugs behind the wheel of his car, endangering everyone else on the road. “You do it because you get away with it,” Dr Phil said. “You’re not charming to me at all.”

Tony did not disagree with much of what Dr Phil said, which really took some of the fun out of Dr Phil yelling at him. Tony suggested that “grow up” was not the most effective prescription for treating addiction. “Sometimes we have to re-parent children, because you didn’t parent this one successfully the first time through,” Dr Phil told Linda.

“It’s not her fault that I exploit her,” Tony said, taking some responsibility and continuing to paint a more complicated portrait of a manipulative drug addict than the average Dr Phil guest.

Dr Phil: What is Codependency?

Dr Phil shared a definition of Codependency, which he felt was happening in the relationship between Linda and Tony.

“Feelings and actions of another person affect you to the point of losing control of your own life. One-sided, emotionally destructive, abusive verbally, or physically.”

Some of the characteristics include:

Linda tearfully admitted that she fit the profile. Dr Phil said that a parent’s job is “to prepare your child for the next level of life.” Hopefully Linda will now be able to see the full picture of her situation more clearly and let go of her son as he gets on his feet and stops relying on her support.

Do you know someone who is in a similar situation? You can share your reactions or personal experiences on social media using #EnablingFamily.

What would Dr Phil say to parents or adult children who are cohabitating? It has become more common for college graduates to move back in with mom and dad while job searching, for example. But when it’s time to move out, what can you do? Adult Children need to be able to make a plan to live on their own and support themselves, taking responsibility for supporting themselves.

Parents may have a harder time letting go, but one key is to remove guilt from the equation and focus on setting boundaries. A deadline such as a move-out date might be a good place to start. Then parents need to step back and let kids do the planning on their own. Everyone must learn what it’s like to live in the world without parents to fall back on or fix their problems. It’s just that some people learn it earlier in life than others.