Dr Phil: My Cousin is Squandering Her Inheritance

Having temporarily run out of alcoholics to rehabilitate, Dr Phil revived another classic type of guest for a show called “I Believe My Cousin is Squandering Her Inheritance on a Love Scam.” This time, the mark was 46-year-old Sarah, who has sent more than $1 million to a strange man named Chris whom she has never met.

Crystal, Sarah’s cousin with a clue, turned her in to Dr Phil since that is a lot of money to flush down the toilet. Maybe what the catfishing movement needs is a Robin Hood, who collects money from oblivious middle aged folks but gives it back to charities in the community. At least then the money would be doing some good.

Dr Phil: Throwing Her Money Away 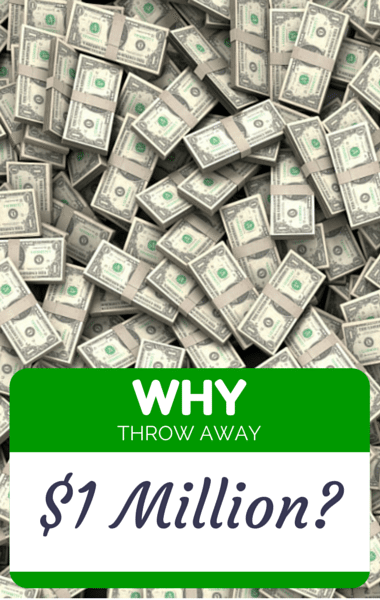 Dr Phil dealt with another love scam victim, Sarah. She has sent more than $1.4 million from her inheritance to Chris, a man she loves but has never met. (Dynamicfoto / Shutterstock.com)

Though she is twice divorced, Sarah still believes that love is out there, and his name is Chris. She met him online more than one year ago, and yet the two have never met face to face (because he isn’t real). They have talked on the phone many times, and he has milked her for more than $1 million so far. But it’s okay, because Sarah knows he will pay it back (he won’t).

Crystal can’t believe that Sarah is throwing her money away. I’d like not to believe it either, but I’ve seen these stories too many times before. The only part I’m unclear about is why these scam victims have so much disposable income.

Dr Phil: He’s Going To Pay Me Back

According to Sarah, Chris is currently in Africa, where he has been in trouble with the government and she has been sending him money in thousands of transactions, supposedly paying countless bills on his behalf. “He assured me that when he gets home, he’s going to pay me back every dime,” Sarah said.

But every time he tries to come back to the US, he gets arrested and the cycle begins again. Though Sarah admitted that she has questioned whether it is a scam, she said before meeting Dr Phil that she was 95% certain he was legit.

After just seven or eight weeks of emails and phone calls, Chris told Sarah that he was in love. He was telling her what she wanted to hear, especially since she was just getting over a divorce. She did admit that his accent changed over time, which may suggest that someone has passed her off to another scam artist.

Though Sarah and Chris have attempted to meet many times, those plans have not worked out yet. He was arrested while on the phone with Sarah as he attempted to fly to meet her. He also seems to have bad luck, losing money or falling victim to a number of crimes over a short period of time. “Ever since then, it’s just been nothing but trouble for him,” Sarah said after explaining why Chris traveled to Nigeria.

Dr Phil: Why is Sarah’s Family Helping Her Send Money?

Crystal, Sarah’s cousin, joined the conversation, telling Dr Phil she does not think that Chris is real. So why did she help Sarah send him money? Crystal said that they are best friends, and Sarah becomes overwhelmed with the desire to make the transactions.

Western Union and Moneygram have cut Sarah off from sending money, so she has enlisted the help of family and friends. People in Montana, Louisiana, Nevada, and California have sent thousands of dollars to Chris for Sarah.

Dr Phil revealed that she started sending him money three months after meeting him online. Crystal had no idea how serious the situation had gotten. Dr Phil added everything up for Sarah and Crystal, and the amount of money Sarah has wasted was astonishing: $1,422,252.24 in 17 months. Sarah admitted that she started slowing down only because she was running out of money.

Hopefully her trip to Dr Phil’s show helped give Sarah some perspective. Are you worried that something like this could happen to you or a loved one? Respond to this episode on social media using the hashtag #LoveOrCatfish. Here are some of the red flags Dr Phil warned that we should watch for. These are the types of emergencies scammers often claim have happened to them.