Dr Phil: Who Am I Married To: My Mother Or My Man?

Dr Phil continued his conversation with Sarah and Jason about her parents’ influence on their marital life. The problems have been ongoing for almost a decade, throughout the course of the couple’s relationship. To get another perspective on the situation, Dr Phil invited Jason’s parents, Doug and Melodie, to join the fray.

Dr Phil: Married To a Minister 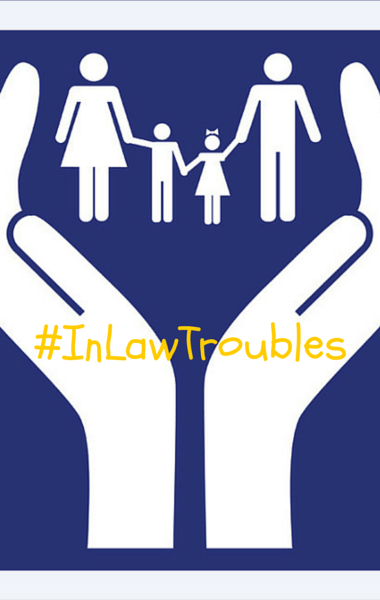 Dr Phil tackled #InLawTroubles, attempting to help a couple married for 10 years put their rocky past with her parents behind them for a happier future. (Athanasia Nomikou / Shutterstock.com)

Sarah’s parents, Laura and Bill, previously voiced their displeasure with their daughter’s marriage to a minister. Laura said that it was unfair for Dr Phil to invite Jason’s parents on the show to gang up on her and her husband. She continued to claim that Jason is abusive.

Dr Phil insisted that he asked for Doug and Melodie to be invited, since it is his show. Doug said that he does not understand the statements Laura makes about Doug being abusive. He has never seen that type of behavior from his son toward his wife. He said the couple hardly even seems to argue.

According to Doug, the problems began when there was a dispute over accommodations for the wedding. Bill claimed that Jason’s parents planned the wedding (which it sounds like they also paid for), but Jason and Sarah insisted that they were in charge of the details.

Melodie couldn’t help but laugh at all the crosstalk. “They are adults. They have a right to choose to get married,” she said of Doug and Sarah. “I’m not going to let my son and future daughter-in-law sit back and not have a nice wedding because their parents did not want to participate.”

“You have way overstepped your bounds. It was not your place,” Laura said to Melodie. But Sarah saw it differently. She thanked Melodie for helping pull off her wedding day, even calling her “Mom” in the process.

Dr Phil’s thinking was that marriage is not a 50-50 arrangement. “Marriage is 100-100. Everybody has to be all in, all the time,” he said. “It is a learned skill set.” He thought that there was still time for Doug and Sarah to go through premarital counseling, even though they have been together for 10 years.

Dr Phil said it’s important to cover all the topics that could be important to a couple in their life together and negotiate to get on the same page. He also encouraged Doug to hold himself to “a particularly high standard.” He suggested that husbands look each day for ways to make their wives’ lives better.

Though he said the couple did not seem to be in immediate trouble, Dr Phil said that everyone can benefit from talking about their future goals, plans, wants, and needs as a couple. He also said that they would have to work together to decide what kind of relationship to have with each set of parents in the future.

No one is perfect, and Jason and Sarah seemed to agree that they have both made mistakes. But Dr Phil encouraged everyone to patch up relationships so that grandparents can be in the lives of their grandchildren. He thought that leading by example would be the best way for the couple to have a positive impact on their family and others in their world.

What did you think about Dr Phil’s assessment of the situation? Do you think that Laura and Bill were right to be concerned, or should they have been more positive about the marriage from the beginning? Leave a comment below or sound off online with #InLawTroubles.

Does this scenario sound familiar? Maybe you have some problems in your own extended family. What would Dr Phil say to help you sort things out? Here is some of his past advice about this topic.

Put up clear boundaries and make sure that everyone knows what they are. That way there are no surprises or hurt feelings when boundaries must be enforced later.

Let go of the need to always be right. This will take you far in life.

Don’t run to a family member to complain about your marriage. Think about whether you will regret venting later when you have patched things up or gotten over an argument.

Be clear and direct. Don’t play games, talk in circles, or use a go-between to communicate with family members. Cut down on as much confusion as possible.

Love the children. They are not pawns or game pieces in a family dispute. Their well-being should be everyone’s priority.