Dr Phil: My Wife Chose Her Boyfriend Over Her Children

George and Rachel are a married couple who have seen better times. They have both been unfaithful in their marriage, and it seems that their discord has begun to take a toll on their children. George thinks that Rachel is being irresponsible and bringing other men home around the kids.

Each of the spouses blames the other for leading them to have an affair. George thinks that Rachel is a liar, and she thinks that he is lazy. He also somehow managed to miss four of his six kids’ births (he says he was working as an over-the-road truck driver), which Rachel continues to resent. Now she says she is ready for divorce. 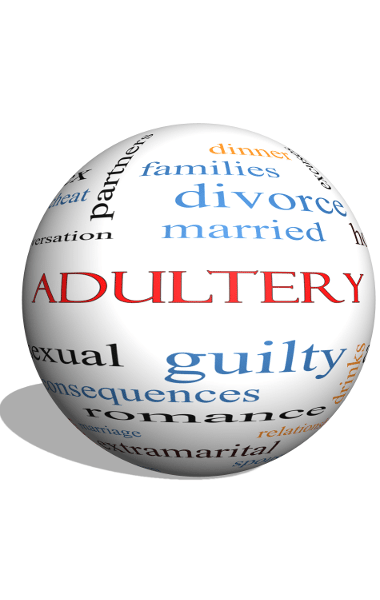 Dr Phil counseled a troubled, frustrated married couple who has had multiple affairs through the years. How is this behavior affecting their six children? (Keith Bell / Shutterstock.com)

George told Dr Phil that Rachel is an unfit mother. “I don’t care who she sleeps with, as long as she doesn’t do it in front of my children, which she has,” he said. In recent weeks, George claims that some of the children overheard Rachel and a male companion at home in the bedroom.

According to George, his children told him that they could hear Rachel and her friend in the third floor bedroom while the kids were playing video games in the basement. Rachel denied that this man was a stranger. George also claimed that Rachel installed spyware on his phone to monitor his activities. That would explain how Rachel got all the details about George’s girlfriend.

Dr Phil: Did Mom Make Out with Her Boyfriend At Home?

Rachel said that she did bring a man home to the house, but nothing inappropriate happened. “At the time, I thought it was a harmless friendship,” Rachel said. George prodded and nagged her about her companion, and she finally conceded to Dr Phil that it was a date. “We kissed, but that was it,” Rachel said, denying that she would perform PDA in front of the kids.

Dr Phil tried to pin Rachel down on the question of whether she was unfaithful in her marriage. She claimed that she has not cheated in the past three years of their 15-year marriage. These days, she says she is ready to let go of this marriage because it is no longer working. “I just want the best for our kids,” she said.

Rachel said she is in a relationship, but denied that this man has been to her home. Then she suggested that she has brought him home late at night after being out at a bar. She thought they should be in bed by the time she got home anyway. George thinks that Rachel is neglecting the children by going out frequently, especially during the holidays.

Chelsea is George’s 24-year-old daughter, and she thinks that Rachel has destroyed the family. Katrina, the couple’s 18-year-old daughter, is three months pregnant and tired of being saddled with babysitting responsibilities. Katrina said her mother’s behavior is selfish.

Onstage, Chelsea told Dr Phil that her parents’ relationship is “way too confusing.” She cannot keep up with whether they are trying to work on things or cheating on one another. Chelsea said that her siblings will text her updates about Rachel’s behavior. She would send that information to her father.

Dr Phil wanted to know why someone was lying to him about what was going on in this family. “I can’t help people if they lie to me,” he said. One reason it’s important to get to the bottom of things is that non-biological males in a home environment is because statistically it puts underage children at risk.

Katrina got emotional while speaking about her home life. “I just don’t like the way she leaves me babysitting for hours, just so she can go to the bar when I’m pregnant. Who does that?” Katrina wondered. She also admitted that her mom has been asking her to cover things up. But the teen has finally had enough.

On New Year’s Eve, Katrina said that Rachel brought a strange man home from the bar at 1 a.m. It was someone other than her boyfriend. Rachel also admitted that she sometimes gives her sons Melatonin to calm them down so they go to sleep at night.

Dr Phil: No Food in the Home?

Katrina also tearfully explained her December 14 Facebook post asking for food. Rachel said there was food in the home, but Katrina does not know how to cook. From the sound of things, this is just the latest chapter in a sad saga for this family.

What do you think about this couple and their cheating ways? Sound off using the hashtag #ClaimsOfAffairs on social media, or join the discussion in the comments about the episode below this story.

Unfortunately, many marriages will have to deal with the challenge of infidelity along the way. But how can you keep your bond strong and set yourself up for success with your partner?