Dr Phil: My Daughter Hasn’t Spoken To Me in Seven Years

Peggy turned to Dr Phil because she wants to break the ice between herself and her adult daughter Jen, who has not spoken to Peggy in seven years. Peggy is ready for Jen to apologize so that they can patch things up, but Jen thinks that Peggy is the one who needs to make amends.

What happened seven years ago? According to Peggy, the two argued on the phone, but she can’t recall what the conversation was about. I think if it was the reason someone hadn’t spoken to me in years, I’d remember our last chat. Peggy thinks it is selfish that Jen has kept Peggy’s grandson away from her. 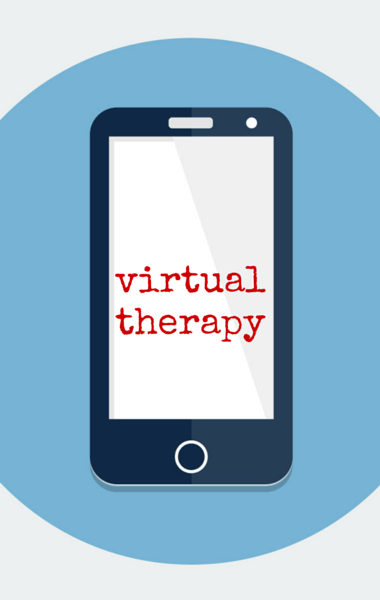 Dr Phil helped a mother and daughter agree to move forward in their relationship by participating in virtual therapy through the Doctor On Demand app. (Dacian G / Shutterstock.com)

According to Jen, she cut her mother off because she reached the end of her rope. Jen recalled surviving an abusive childhood in which Peggy’s priorities were drugs and men, not parenting. Among other lingering effects, Jen said she still suffers from Migraines, back pain, and hearing loss.

Jen also remembers being told by her mother at age 11 that she would be placed in foster care, which led to her attempt to run away from home. According to Jen, Peggy was never fit to be a mother. Peggy said she had no memory of the foster home incident, proving that you never know what offhand remark your child might internalize forever.

“Your denial is ridiculous,” Jen said when Peggy drew a blank at some of her accusations. Peggy did recall pulling Jen’s hair at one point, but Dr Phil pointed out that this would not lead to hearing loss as a result of physical abuse. If she did not take some responsibility, Peggy would probably not have the chance to patch things up with Jen. “You abused me. You can start by acknowledging that,” Jen said.

Peggy said she does not think that she beat Jen. But Dr Phil suggested that maybe she was in an altered state for some of these memories. Jen recalled their home as a revolving door for Peggy’s boyfriends. Jen said she knew from age 4 that her mom was a drug user whose habits included pot and meth. Jen even outed Peggy as a former drug dealer.

“You’re a mean person, and until you can acknowledge what you have done, I am not moving forward with you,” Jen said. Dr Phil also welcomed Jen’s 17-year-old daughter (and Peggy’s granddaughter) to share her perspective on the family drama.

Peggy was face to face with her granddaughter for the first time in years. “I want you to stop lying. I want you to admit to the things that you’ve done,” Hailey said, recalling a memory of having her Christmas presents taken away at age 4. Peggy said she was being punished for not following repeated instructions.

Dr Phil suggested that Peggy try not to be so defensive, even though it feels like she is under attack. Splitting hairs about what happened more than a decade ago is not going to help anyone move on. “I agree that I was not a very good mom,” Peggy said. “I can only change how I am now.”

As Dr Phil pointed out, she was still being “prickly,” so maybe she should go ahead and work on making those changes instead of being combative. As usual, an hour on Dr Phil’s stage was not enough to heal years-old wounds for this family. But Dr Phil had another idea in mind.

The Doctor On Demand app, which is partly owned by Dr Phil, provides medical consultations to patients through mobile devices like smartphones and tablets. But did you know it can also facilitate therapy? Jen and Peggy could attend therapy sessions together without leaving their own homes!

Clinical psychologist Dr Sunita Mehta was standing by listening to the family’s exchanges. Though there was a lot of history to get through in this family, both Jen and Peggy were willing to take the next step to mend their relationship.

What do you think about this family’s troubles? Sound off using the hashtag #PunishingMom. Whether you identify with Jen’s story or Peggy’s position, sometimes we are each confronted with situations where we have the opportunity to forgive someone and move forward.

No one can change the past, but you do have the power to shape your future. Letting go of negative feelings and painful memories can help you to move on with your life and stop letting those events have power over you.