Cyberbullying has gotten more attention in recent years as schoolyard taunts and feuds have moved into the digital space. Tricia is a woman who knows this painfully well, because her 12-year-old daughter Becca (formally Rebecca Ann) committed suicide after being cyberbullied in 2013. Tricia’s grieving has been persistently interrupted by a stranger also named Rebecca Ann, who claims that Tricia’s daughter Summer killed Becca, and that Tricia was part of the coverup.

Dr Phil got Tricia onstage and brought her face to face with Rebecca Ann, who has been harassing her online since shortly after her daughter’s death. What proof or evidence does this woman have that makes her think she can meddle in other people’s lives? Rebecca Ann claims to have gotten the information about this supposed murder because she had a vision. Tricia just wanted the harassment to stop. 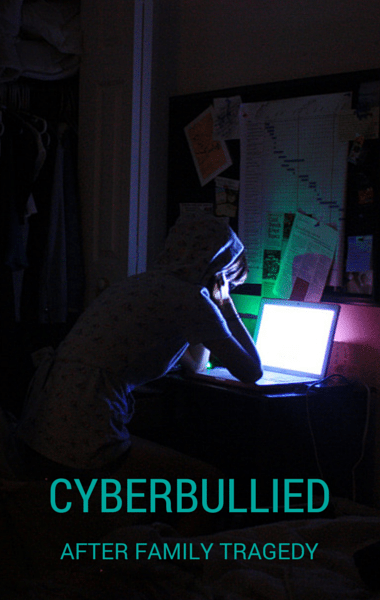 Dr Phil shared the saga of a woman who lost her daughter to suicide and has been cyberbullied ever since by a stranger who thinks the girl was murdered. ([email protected] / flickr)

According to Tricia, Rebecca Ann has been harassing not just her, but her whole family, including her teenage son. Tricia apparently hoped that taking this confrontation to the national stage would bring an end to it, but it only seemed to fuel Rebecca Ann’s passion to reopen the investigation into Becca’s death.

“I never said I know. I think that it is murder,” Rebecca Ann said when Dr Phil asked her to clarify her position. She also claimed that Dr Phil was taking her comments out of context. One of the elements Rebecca Ann claimed proves her point is that Tricia was seen by TV news cameras crying in the hours after her daughter’s death, which doesn’t seem like strong evidence of anything other than grief.

Rebecca Ann insists that Becca’s father Ken also wants the death investigation case reopened. Later in the show, Dr Phil had Ken on the phone while he went over the details of Rebecca Ann’s vision. “I think she came to me when she died,” Rebecca Ann said of her vision. The details included that Becca’s sister was responsible for her death.

Every time Dr Phil tried to press Becca on the veracity of her own past statements, she would attempt to undermine his credibility or suggest that she was being misrepresented. “But that is what you said your vision was, right?” Dr Phil asked. Rebecca Ann finally conceded the point, and Dr Phil turned to Ken: does he support this as evidence of his daughter’s supposed murder? “I do not,” Ken said, to the cheers and applause of the audience.

Dr Phil: I Didn’t Want This To Be About My Vision

Rebecca Ann also asserts that Tricia helped move Becca’s body after the alleged murder. Dr Phil wondered what Ken thought about this accusation against his ex-wife. “I have never heard that before,” Ken said. Dr Phil read some more of the details that Rebecca Ann has been spreading online, to which she responded, “This is very upsetting to me because I didn’t want this to be about my vision.”

Rebecca Ann melted down, implying that Dr Phil tricked her into participating in the show. She said the only reason she came on TV was in hopes of getting the case reopened, not to talk about her vision (I guess because she thinks it makes her look bad?). After quibbling with Tricia about who did what on Facebook, she summarized her position: “I know that Rebecca did not commit suicide, and she needs her case reopened so that she can have a voice.”

Dr Phil said that he has been outspoken against Bullying of all kinds over the years, and he has even taken his fight against Cyberbullying all the way to Washington, D.C. His goal was to include warnings about Cyberbullying in educational curricula. “You have intruded on this family’s grief process. You have insinuated yourself into the healing process of people that have lost a family member through no wrongdoing,” Dr Phil said to Rebecca Ann.

Dr Phil also spoke about Bystander Responsibility, which calls on third parties to jump in or speak up when they witness Bullying or Cyberbullying. His hope for the family was that they are able to separate themselves from Rebecca Ann’s ongoing efforts, and he gave them kudos for their interest in anti-bullying education. “I do hope that you go forward with that,” Dr Phil said, offering a $10,000 donation to their cause from The Dr Phil Foundation and When Georgia Smiled.

What do you think about the #StrongAccusations in this case? While social media has made the world a smaller, more connected place, sometimes the powerful tools we have are used in ways we hope we never have to deal with. Have you been a victim of Cyberbullying? Leave a comment to share how you handled the situation.

One of the biggest differences between Cyberbullying and old fashioned in-person Bullying is that Cyberbullying is nearly inescapable. You may only be in school for a set number of hours in the day. But text messages and social media on your phone can keep the taunts coming 24/7. That’s also how and why rumors can spread faster than ever before.

For more information and resources in the fight against bullying, visit the Cyberbullying section of the U.S. Department of Health & Human Services Stop Bullying website.