Dr Phil: My Sister Published a Book of Lies About Our Family

What would you do if a sibling wrote a book based on your life, but some of it wasn’t true and most of it was scandalous? That’s exactly what happened to the siblings who were Dr Phil’s guests in a show called “My Sister Published a Book of Lies About Our Family.”

Jori published the book in December 2013. She said it is based on actual events, but she changed some of the names and details to protect the innocent. That didn’t exactly work, because her siblings, Grant and Dottie, are furious that she aired the family’s dirty laundry and shook up their lives after their mother’s death. 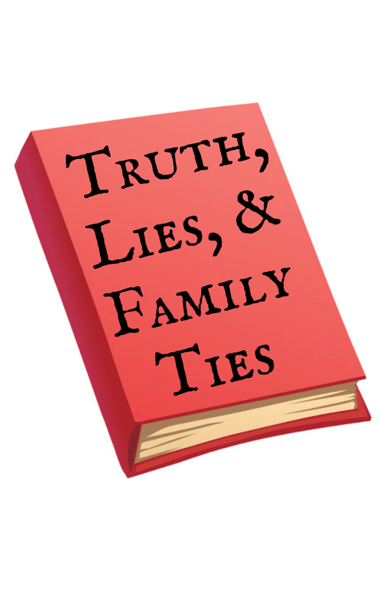 A woman’s siblings are livid that she wrote a fictionalized book about her abusive childhood at the hands of her mother. Would Dr Phil get to the truth? (Neizu / Shutterstock.com)

According to Jori, her mother came to her in a vision, telling her to write the book, which details her psychotic behavior and abuse as a mother. She claimed that 75% of the book actually happened, including the emotional and physical abuse Jori said she and her sister Dottie survived.

Grant, Jori’s brother, thinks that Jori made up everything in the book just to get attention. He is offended that she wrote what is being passed off as the family’s story without input from anyone else. Grant conceded that his mother was mentally ill. But Jori explained that he is younger and has a different father, so he missed some of the events captured in her story.

Dottie corroborated some of Jori’s claims about their mother’s abuse. She was initially supportive of her sister’s book, until she started having panic attacks as a result of its publication. Jori went into detail about how she transformed herself and her sister into slightly fictionalized characters for the book.

One of the ways her mother acted out when the girls were young was that she would drown cats in the bathtub. Jori said that her mother also encouraged her daughters to participate in age-inappropriate intimate behavior. She insisted that her half brother Grant had nothing to do with the events depicted in the book.

Dr Phil: Is the Book Truth or Fiction?

Dr Phil pointed out that Jori is blurring the lines and trying to have it both ways when she refers to the book as a fictionalized version of her true life story. When he tried to press her to figure out where truth ends and fiction begins. “I was severely depressed and suicidal and just started writing this book,” Jori said.

The list of allegations against the children’s late mother went on and on, and it included being forced to eat cat food, as well as her mother feeding cat meat to her father. There was even some mention of Satanic rituals and murder. There were dozens of elements on the list, which Jori claimed all happened in real life. Dr Phil questioned whether Jori was exploiting her family’s traumatic past rather than advocating for abuse survivors.

Jori claimed that she spent her life savings to publish the book, gaining 30 pounds and ruining her family along the way. But she claimed she had a good reason. “I did this to save my life,” Jori said. In an interview before coming onstage, Grant recalled the impact Jori’s actions have had on his life.

He said he gave her financial information she requested that she used to have him fired from his job at a bank. When Grant flew off the handle, Jori got a restraining order. He asked her to leave him out of the book, and he responded by writing a review calling out the book as lies. Jori fought back by making accusations of child abuse and calling CPS on him.

Grant joined Dr Phil and Jori onstage, at which point Dr Phil revealed that Grant postponed a previous opportunity to participate in the show. He said he had been in a custody battle and his lawyer suggested that he not participate. But when he backed out, Jori lashed out at Grant threatened to keep up her bad behavior.

But Jori said she had an explanation: she claimed she was responding with the exact words he once said to her. She said she has not maintained contact with him since that exchange. Grant agreed that his mother had mental illness. Jori agreed that she improved in later years, after some rough patches during a time in her life.

Dr Phil wondered if Grant threatened Jori’s life, and he said that he said many things in anger after losing his job. “I was livid,” he said. Jori broadcast her intentions to get a restraining order on Facebook, proving that nothing good happens on Facebook anymore.

Dr Phil played one of Grant’s voicemails to Jori, in which he threatened her life and promised to write his own book about you. “I will always be more successful than you,” he said between expletives, threats, and death wishes. At the end, Dr Phil simply sighed.

Grant and Jori disputed the timeline of the voicemails. The siblings bickered about whether they were recorded before or after she got him fired from his job. Grant said that his boss tried to save his job, but she threatened to sue to press the issue.

It’s hard to imagine Grant and Jori working out their issues. You can sound off about their story using the hashtag #BookNQuestion. Family feud is more than just a game show hosted by Steve Harvey. It’s also what happens when blood relatives find themselves at odds over any number of personal issues. What can you do to move forward in the relationship?

Be the bigger person. Sometimes that means making the first move. Other times it might mean letting go of your anger and acting out of forgiveness.

Consider other perspectives. How is family tension affecting others who are not involved? What does the other person you are feuding with think about the situation? Can you find common ground?

Ask an expert. Sometimes a third party can offer meaningful perspective that can allow everything to take a step forward. Whether the issue is money, the past, or something else, a fresh set of ears could make a world of difference.

Have you ever been in a family feud?